If someone comes to a big stage, another one leaves it.

Singer’s world is full of changes. If someone comes to a big stage, another one leaves it. The singer of the famous band “Melomen” Zhiger Auypbayev is now beginning his solo career. And the singer is sharing his future plans and changes in his creative work with “El.kz” website. - Zhiger, you were a solo singer as well as a singer in the band at the same time. You have popular songs. It seems not to be difficult to sing alone for you. What news do you have today to tell people?

- In general, if you are given a talent by God and are chosen to perform in front of the people, as a singer, you definitely have to, at first, write songs and not to stop any relationship with audience. Because, singer’s main weapon, belief and hope is a song. Therefore, I can say that I am enriching the number of my songs day after day. When I left the band, a citizen from the neighboring Kyrgyz country gave me his song as a present. It is called “Aizere”. I am going to make a video clip for this song.  In addition, I have been presenting my new song “Kina, kina” (Fault) recently.

- What is important for you in choosing a song? Lyrics or music?

- Today there a lot of songs with beautiful music although lyrics are not good enough. People do not listen to most of them. Therefore, I am trying to focus on the uniqueness of a song in order to please my audience. Certainly, as it is a song, first of all I pay attention to its music, second of all its lyrics. It is not so easy to find a special song whose music fits its lyrics. 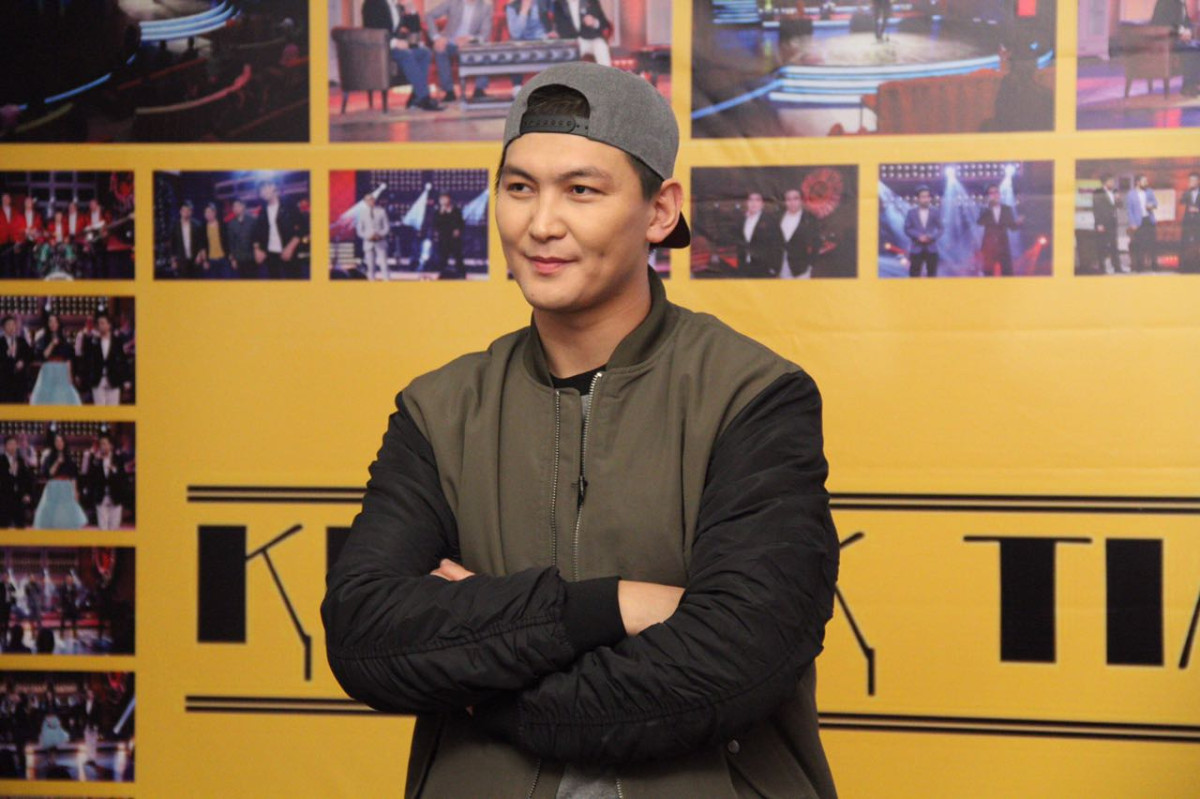 - It is popular to have light songs for weddings and celebrations in most of singers’ repertoire now. What do you think of this? Are you planning to have songs written for weddings?

- Yes, I am. It is not needed to be kept in secret. Because we have to be aware of people’s demand. If most of people like such songs so why not to write? Kazakh people say “the word which has not found its listener is an orphan”. Like this, the song, which is not been listened, will not exist long. Furthermore, as it is show business, everything depends on money. If your song does not correspond to what people like, you will lose your listeners as well as your profit. Therefore you should have songs for weddings or for contests in your repertoire. In general, it has not been a long time I started my solo career. I think that I will be able to offer a lot of good songs in the future.

- Do you have a producer?

- No, I do not. I am responsible for promoting my creative work. Anyway, I am thankful that I have people supporting and helping me.

- You have a talent of an actor as well as a singer. You starred in “Get married in 72 hours” (72 сағатта үйлену). Are you planning to connect your work with cinema?

- In fact, I did not have a plan to be in cinema. I decided to try myself in cinema after being chosen for the part in this rom-com. There were actors of famous theaters like “Oner kyrandary” (Art Eagles) and “Shanshar” (Sharp-tongued). I was able to play the part given to me by help of these actors. That period of my life was a high school for me. I realized that you need to work hard and always practice to become an actor. You know, there is no border in creativity. I will try not to stop with writing songs and improve my acting skills in the future. 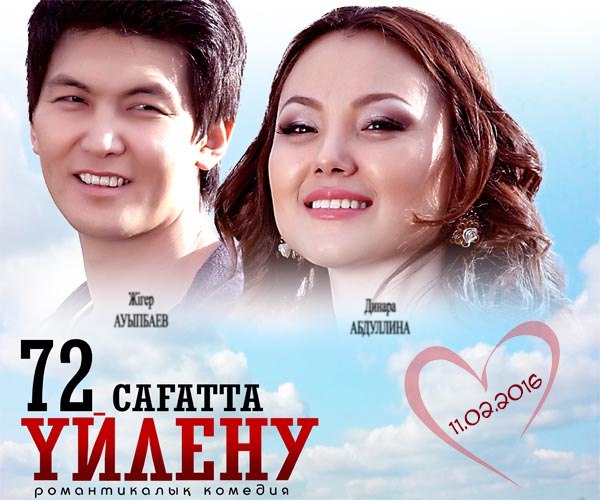 - Today we are hearing Dimash’s name from social networking sites, media, and even every Kazakh person’s mouth. And you are colleagues with Dimash performing on one stage. Why is Dimash getting popular in another country, not in his native country? What is your opinion?

- Well, today Dimash is getting famous deservedly and is being honored by people. Talking about why he is getting this fame abroad not in our country, generally, we know Dimash is more a classical music singer. And perhaps, people do not like classical music much. This is just my prediction. I have not thought about this deeply. Because, sooner or later, a real talent will be definitely estimated. I respect Dimash very much; he is being appreciated highly in every part of Kazakshtan. I noticed him as a singer who would become popular all over the world from the first day I saw him on a big stage. And today he is making billion of people know about Kazakhstan performing in China. Therefore, the precious stone lying on the bottom of water will go up to the water when the time comes. In other words, everything will be at the proper time.

- How often do you use social networking sites?

- I am a user of social sites like Facebook, Vk.com, Instagram. In this period of Internet usage, younger generation and society in general are being educated and given important information by these social networking sites. Therefore, I am trying not to write unnecessary things in my posts. Mostly I prefer starting my day with posts of Mukagali Makatayev’s poems or the Hadith of the Prophet Muhammad (peace and blessing upon him). In addition, I usually post sayings of great people. But I cannot say that we should post someone’s words every day.  Because followers are interested in our news and changes as we are celebrities. We should not forget about this. We sometimes need to use our pages for advertisements. I am against posts about unnecessary information like what we have eaten or what we are wearing. As celebrities are people’s mirror, people follow every their step and word. That is why I am concerned about my every post. People usually comment your posts. And for me people’s comments are very important. 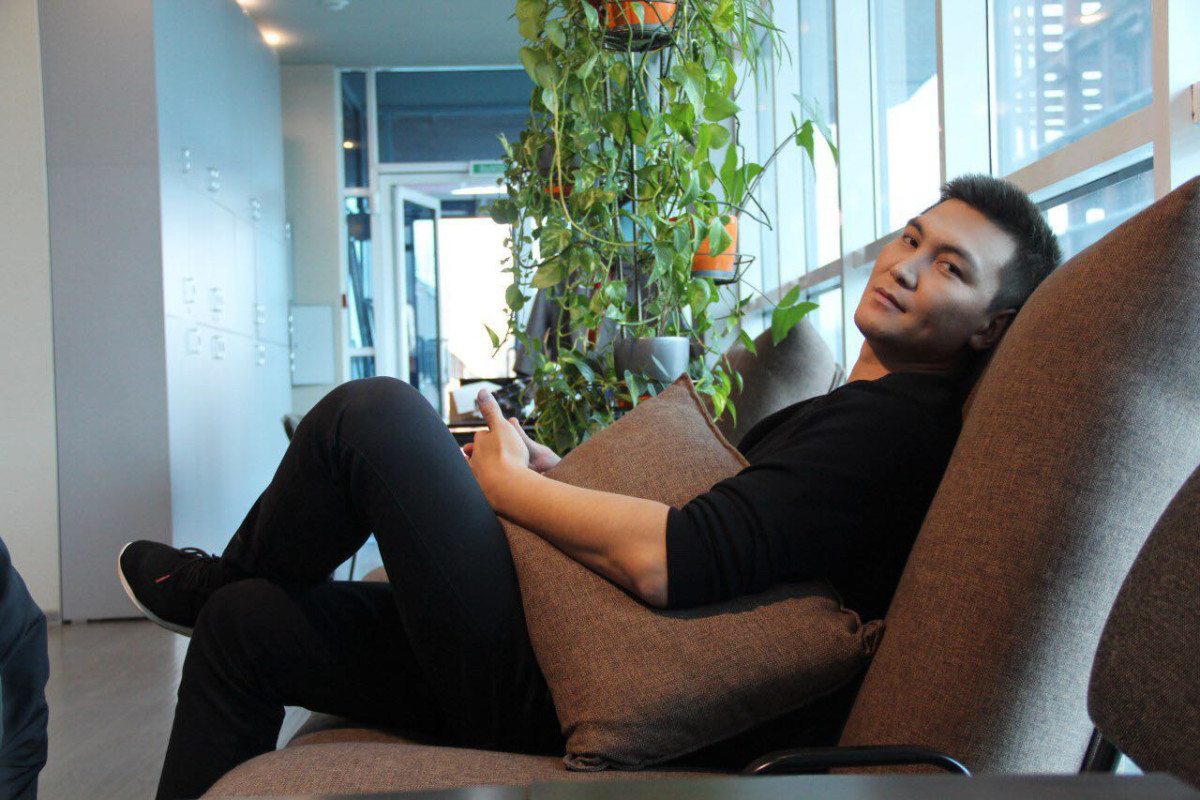 - About people’s comments, how do you accept people’s negative comments? It is definitely impossible to please everyone. People sometimes write insulting words. What do you do in such situations?

- If it is a true comment, I will try to accept it properly. And when people are writing insulting comments going too far, I usually block them. Sometimes when you are in a good mood and starting a new project, these negative comments on social sites make you feel upset and sometimes give up. Although, I usually try not to pay attention. Thank God, there are a lot of positive comments. But it is bad to listen to a lot of praise from your followers. It is probably right to have critics sometimes. - Generally, it is not a secret that there is envy in show business. What can you say about this?

- I do not deny it. Yes, there is. As we are in show business, there will be envy and jealousy. Mukagali Makataev wrote a poem about rivalry:

My brothers, we all had difficult times,

Where did this rivalry come from?!

We were together through foul and fair,

We have come to this wood dreaming of it,

Let us open our eyes and look at sunrise,

May rivalry leave! May rivalry leave our world! – he said that creativity will not last long with rivalry. There are always people who are jealous of others getting more popular. I mean, all celebrities are people at first. Singers have all positive and negative behaviors like all people do. Rivalry exists not only in show business, but in all spheres of society. This disease has not appeared today or yesterday. It came with humanity. And every person is able to fight with it.

- What kind of personality do you appreciate?

- Thank you for a conversation! Keep making your listener happy with your new songs!