The wrestler who did not give up on destiny

We are at the Sport Center in Shymkent.

We are at the Sport Center in Shymkent. One group of young athletes are jumping, climbing a rope, rolling, fighting and training hard. There is an only girl among skilled and strong boys. Her name is Gulshakharat Talasova. She is 26 years old. This year she won at 58 kg weight among women in the Championship of the Republic of Kazakhstan and then she took the first place and raised our flag at the World Tournament in Bulgaria. She has big dreams and goals. She is an ordinary girl. Usually, parents do not allow their daughters to fight on the wrestling mat. But 13-year-old Gulshakharat was taken to wrestling by her father. My parents told me: “as you are the eldest child, you will have more responsibilities. You have to take care of your younger siblings. If you do sport, you will be strong, you will overcome any difficulties”. We started with 5 girls. They probably could not bear the difficulties and strict regime and gave up. Although it was very difficult and I cried a lot I wanted to write my name in the history of girls and women wrestling. I was training hard with 40 boys, – smiled Shulshakharat.

Sport specialists noticed her persistence and techniques at once. Would she find her place in wrestling without her first trainers Kairat Zhanaberdiyev and Murat Zhumabayev, would not she?! These two trainers taught the alphabet of wrestling, all techniques and trained her for championships.

She continued her way of wins.  She became the master of the Republic of Kazakhstan in 2008, and the master at the international level in 2017. She was the first in republic, Asian championships and international tournaments. There were few moments when she came back without medals.

“I left my 5-month child at home and started training”

2014 year brought big news in Gulshakharat’s life. The wrestler girl got married and started a new life. Her husband was a religious person who read 5-time Namaz (prayer). She trusted him and gave up sport and her study. She did everything for him, started to read Namaz and wore a kerchief. But two hearts could not beat together. After a year, when their daughter was born, destiny separated them.

I was studying in my 3rd year of the Physical Education and Sport faculty of Southern Kazakhstan State University named after M.Auezov. My husband did not want me to study and do sport. I agreed and decided to receive the blessing of the God at first and then my husband. But he did not have a permanent job. I tried to save our family. I did not want my daughter to grow up without her father. But our points of view and personalities were not compatible. We had to divorce. When my daughter was 5 months, I returned to the training hall. At first my trainers did not accept me. They said “You will not win any more. You have to come back to your family”. But I told my trainer “I will train in another hall” and then started again. After 2 months I took the second place at the republic championship. Nobody had believed in me. After that I made my trainer believe in my win, - said Gulshakharat.

The wrestling mat loves strong people. It admits only powerful people. People gossiped about Culshakharat, when she came back to sport. But she used to face the problems so that could not stop her. She was self-confident.

My father died in a car accident in 2009 at 46 years old. He had supported me. He loved sport so much. I bought him a new suit for my first salary. He was so happy and always wore it. When he died all responsibilities lie on my mother and me. To be honest, I could not afford to buy clothes for myself when I returned to wrestling. I wore my brother’s trainers and a jacket to training. Sometimes I did not have money for transport, so I used to walk. My mother cleaned the floor in school. Her salary was 40 000 tg. It was difficult to live on it. I paid my husband’s credit with my daughter’s support given until the age of 1. Eventually I signed to the waiting room of the party “Nur Otan” after being in trouble for a long time. I told them about my situation. Then a businessman Dauren Akhmetov said “Train for your competitions without any worries. We are always ready to support you” and gave me 300 000 tg. His warm words and financial support helped me. I closed the credit. There are a lot of kind people in the world. At first it is due to the God and then these people. Nowadays I am earning a good salary as a republic champion. My family can live on this salary. We are just living in two-room house where there is no enough room. Its bricks are falling. I want to save my money and build a house for my mother. Sometimes when my mom gets ill or goes to celebrations, I clean the floor instead of her. I am not ashamed. Meal is always delicious when you buy it with hard work, - she says. 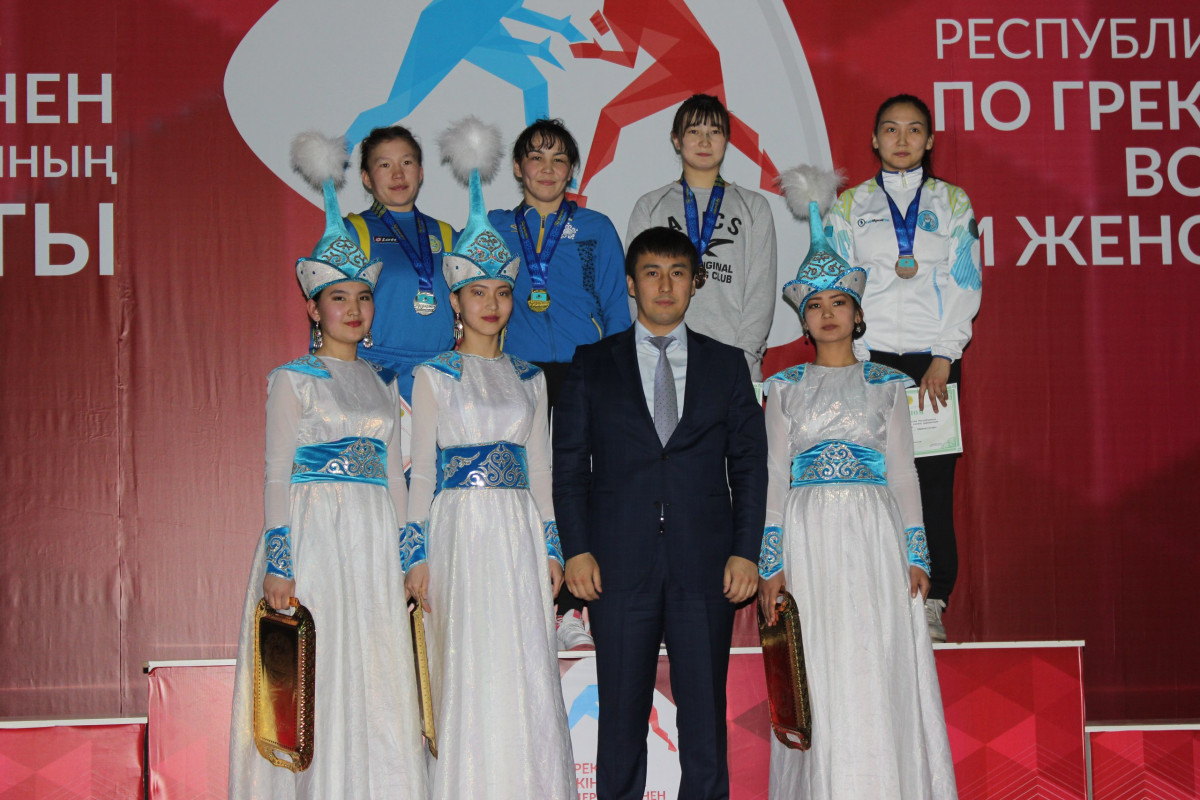 But then I calm down and appreciate everything I have. Due to the wrestling I have been to many countries of the world, for example Bulgaria, Italy, Poland, Turkey, Mongolia, Azerbaijan and Ukraine. I would never leave Shymkent without sport being from an ordinary family. I am so grateful to my life and my destiny. I would like to thank the director of Southern Kazakhstan Physical Education and Sport Department Alibek Nurtayev and my trainers Bauyrzhan Tumanbayev, Kural Okshebayev and others for supporting me. My first fans are my mom and my sweet daughter. I always take them to competitions taken place in our country. And then I try not to lose in front of them, - she says.

The wrestler likes baking and making plov in her spare time. She is keen on swimming. Gulshakharat’s next dream is to win at Asian, then World championships and Olympic Games. She is going to take part in the Asian championship from Kazakhstan taken place in India on 10-14 May. We also wished her to raise our flag, play our anthem and return with the victory.