Kazakhstan is the birthplace of civilizations

In the years of Independence, a lot of works of scientists sharing their opinions related to the problem of the study “Kazakhstan civilization” were published.

In the years of Independence, a lot of works of scientists sharing their opinions related to the problem of the study “Kazakhstan civilization” were published.  But it has been more than 15 years since this term was accepted in the science society and was used. Therefore, we talked to Erengaiyp Omarov, the president of the university “Kainar”, the vice-president of the Kazakhstan National Science Academy and the author of the book “The foundation of Kazakh civilization” (Қазақ өркенниетінің негізі) about the study and main problems of Kazakh civilization. 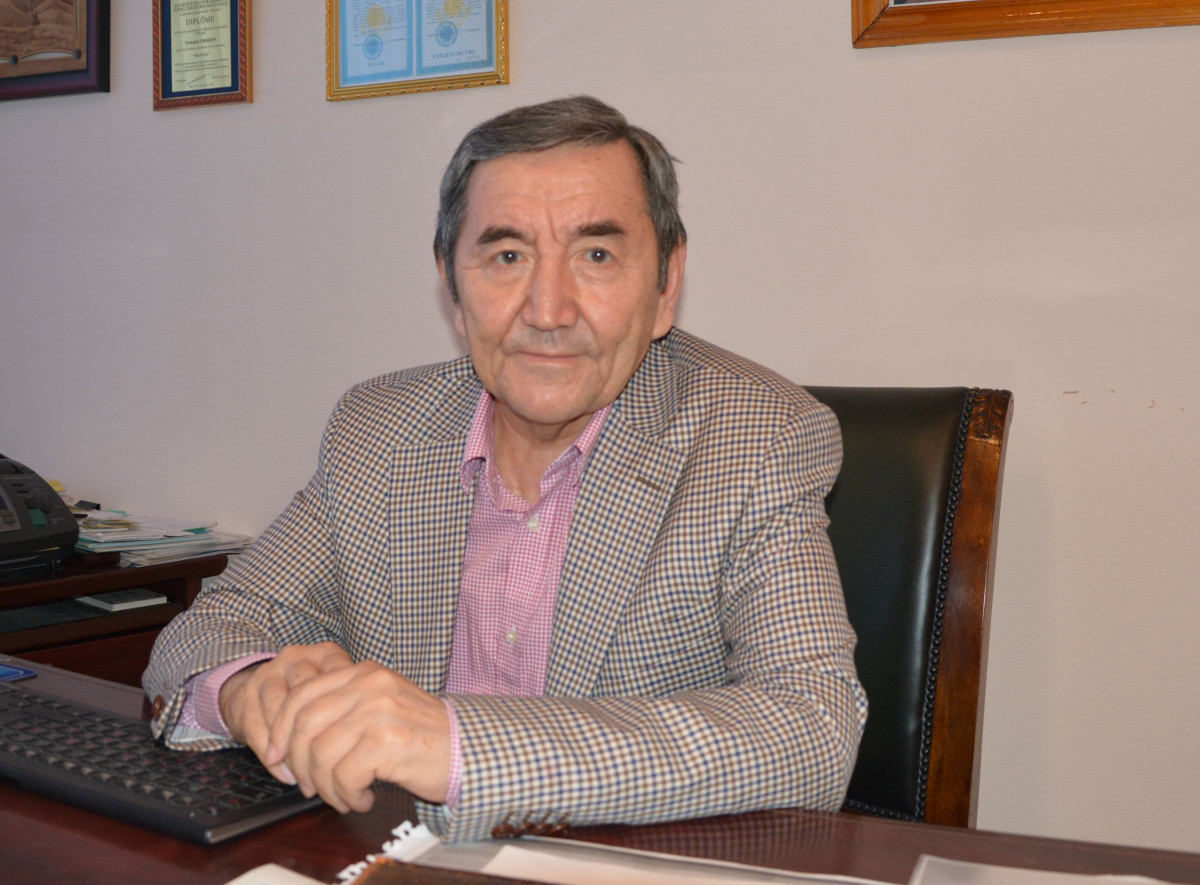 - Erengaiyp Salipuly, readers know you as a historian. How did you come to this field, especially to the topic “Kazakh civilization”?

- I started studying the problem of the study Kazakh civilization in 1999 for the first time, but that does not mean “I created it myself”. At first I looked for the scientists who dealt with Kazakh civilization for a long time, but I could not find anyone. It is not a secret that nowadays the theory of civilization is becoming a world scientific idea. If we do not draw attention to that now, we will not take part in the main foundation of world science and its future development. On the other hand, the study of the problem of Kazakh civilization is needed according to the demand of time. If we, the Kazakhs, do not study this, scientists of other countries will do it, and who knows what dimension they will study it for.  It is not a secret that before our independence, Kazakh history had been studied by the scientists of other countries.

- When we talk about civilization we can think of culture. Can you differentiate these two terms?

- Culture is all needed knowledge to live having been collected for all life of every country. There is no nation without culture. Even the gypsies who could not build a government have culture. Civilization consists of a government, a land, a city, an architecture, old traditions and preserved archive. City civilization is developed well in Kazakhstan. Sometimes civilization can join the same nations. For instance, Kazakh union of 6 tribes. Cultural heritage is, as researches showed, treasure of Kazakh nation: science, literature, tradition, folklore, philosophy, poetry, architecture, music, in general, researches of culture should be understood as Kazakh civilization written in a lot of volumes.

- Can I say that civilization is upper level of culture?

A national idea has to unite people as one nation and help to build good future. A national idea has to be developed on the basis of civilization. Kazakh civilization exists; this is like axiomatic statement which does not require to be proved. Our task is to study it, give the definition, and show its borders and components, and the most important is to pass it to younger generation. Here we should mention an American famous scientist and a government leader Henry Kissinger’s saying “Kazakhstan is a birthplace of civilizations.

- What are roles of a nation and a national idea in the development of civilization?

- A nation is a subject of civilization, its motivation. Civilization cannot be without a nation. National consciousness is formed only in a civil country. The real spirit of a nation is clearly shown during wars and art; and national character dies the last. A famous scientist S. Peres said “There is no history except spiritual history”.

Spiritual nations’ name and things remain in the history of civilization. A spiritual nation has good future; ancient Greeks, Romans, Byzantines, Huns, Turks, Mongols of Genghis Khan period proved that a spiritual nation is strong and its historical spirit is high and generous.

Civilization is preserved by spirit and traditions. Civil nationalities established a national idea which helps to achieve great aims to save their vitality and to raise people’s spirit. Therefore, the development of traditions is needed to be one of the main issues.

Kazakh mythology and philosophy’s foundation began in ancient times, ancient Protokazakhs and Kazakhs’ first mythological philosophy (BC I-II millenniums). Kazakh nation was formed as a result of influence and union of many nations and preserved their cultural features, is now the inheritor of the main civilization of its time, Saka civilization.

The confirmation of the term “Kazakh civilization” in historical, spiritual-cultural and scientific terms will allow to change all social and humanitarian systems of Kazakhstan, to consider our national history from the ancient times until now with new cultural-civil method, to diverge from old western or Russian opinions toward old history of Kazakhstan.

- What is the contribution of the Kazakhs to world civilization?

- The Kazakhs were the founder of military-democratic civilization. Border stones – supports were invented. They rode horses, made equipment for horse riding. Horse troops were built. A tamga, a flag and an emblem were formed. Burying under burial mount, pyramids, complicated bows, city construction, yurts, burnt bricks were invented. Slavery destroyed the society. Knitting coats, carpets, sleeveless jackets, socks, making heels, stirrups and shoes were invented. The technique to destroy fortresses was made. Minaret burials, first roads were built. Hospitality was implemented, and people ate from one plate. Medicine and veterinary were developed. Making paper using hemp and cotton materials was invented. Bathhouses, trousers and high-heeled boots were made. I am giving examples I can recall now, if we make a list of these things it will be longer. We should not forget great figures such as Tomiris and Attila.