How did the acrobat from Petropavl become an artist of Cirque du Soleil?

Kirill Stolbovskikh - artist of the Moscow Circus. He is a candidate for the project "100 New faces of Kazakhstan". We had the opportunity to talk with Kirill and find out how things are in general in the Kazakhstan’s circus. But the conversation unexpectedly continued with his story connected with the circus "Du Soleil". Asked about the famous Canadian circus, Kirill said that he worked there for 2 years. Have you ever heard of a Kazakhstani who performed in the Du Soleil troupe? Probably not. After all, only his relatives know about this achievement. 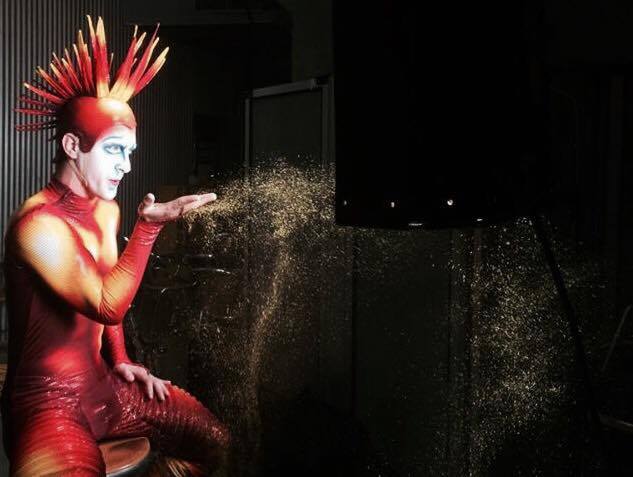 My career started with the Circus du Soleil.

I can not say that I got into the circus by accident. Earlier I was engaged in sports acrobatics and it served as that start. At the end of my sports career, I did not do 10 years at all and did not go to the gym. But, I came to the next international acrobatics tournament, which is held annually in Petropavl, where I met a girl with whom we had been together for a long time, but she was already a coach at the time of the meeting. Long time no see, talked, and she asked me the same question, why I'm not in the circus, and what do I do. At that time I was engaged in windows and did not even think about the circus. In general, she took the word from me that I would return to the hall and try to get into the circus. I'm still jokingly asked, maybe right away at Du Soleil?

If the Chinese circus combines seemingly incompatible genres, then the Cirque du Soleil is a chic theater production with strong circus numbers.

In general, for 2 months I arranged to go to the gym, but, since I promised, I need to do it. Everything had to start from scratch, from the very beginning. After work in the shop, I literally fled to the hall, in order to save time on the warm-up, and so every day! After a while, I recorded the first video with tricks and sent it to the department of the casting of the circus "Du Soleil". The answer came at once, but not the one I was waiting for. And I found myself at a crossroads, or surrender, or still try again. The choice was obvious. Working in the shop for 12 hours a day, I continued to train. The second video posted, but I waited for several months.

The casting receives up to 1500 applications from around the world every year, and this time I was lucky. I was invited to an internship in Montreal (Canada) at the head office of Du Soleil. Out of 1500, they selected only 30 people. So began my circus career. Therefore, I know a lot about the circus du Soleil. 2 years worked there. I managed to get on the cover of a business Canadian magazine at the time. This is known only by family.

Indeed, the best ones get to work for Du Soleil, but this is not a guarantee that he will get a contract. You can be a great acrobat, but if you do not show yourself, to the actor, then there is no chance. Of course, I would gladly return to "Du Soleil", and the proposals came, but you need to make a contribution to the development of our culture. 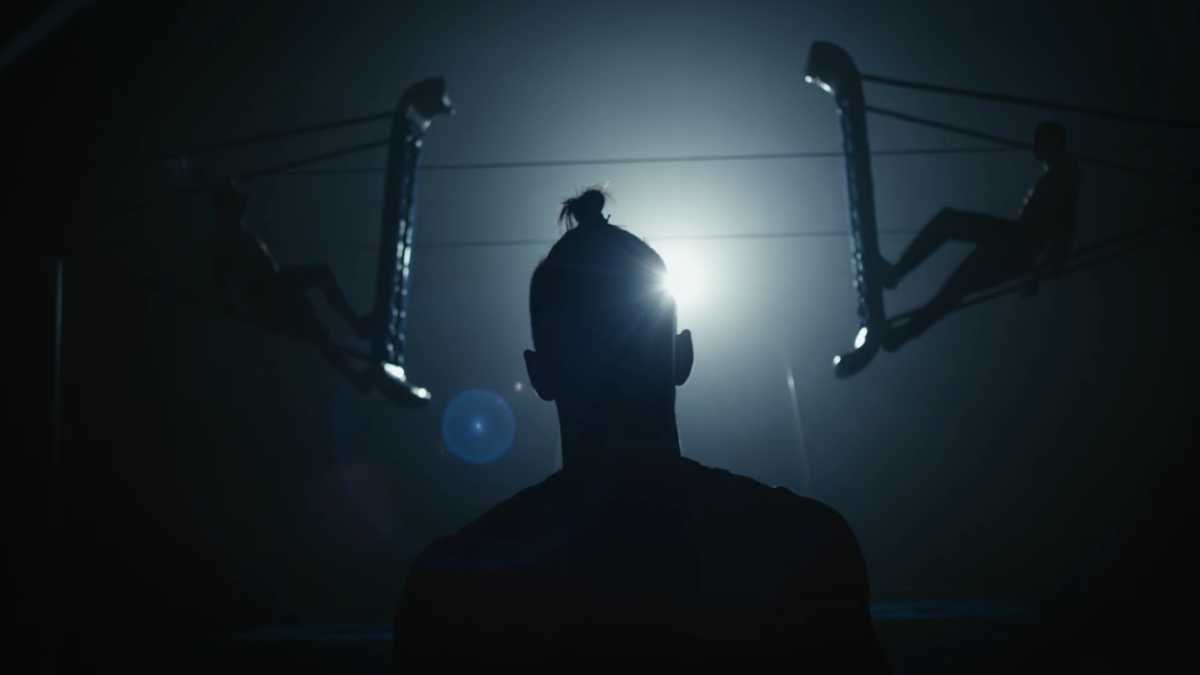 So far the Chinese are crazy in terms of the circus, but they did not submit to this genre.

The first time I came to Astana on September 11, 2016, for talks with the Moscow Circus, to get acquainted with the leadership. At that time, I had only the idea of ​​creating my circus number. And I'm currently working in the Moscow Circus as the head of the first and only extreme circus in Asia, "a counter swing." The idea was born for several years, but since the number is one of the most dangerous and technically complex, there were some doubts. Moreover, not everyone can take responsibility for the life of another person. I worked in that genre for several years, in different circuses, and I know by experience how risky this is. The uniqueness of this number is that everyone should work as a whole, because, the mistake of one can cost a life (without exaggeration) to another. Survive course, but the choice is bland.

We ourselves are scared to fly, but personally, for me, it became a way of life, rather than work. Yes, it's scary, it hurts, but I do not see myself without a circus. There is such a term "circus", that's just about us. A normal person can not risk life riskily every day.

The width of the swing is only 50 cm, and the top (the one who performs the tricks) needs to land after a trick from 6-7 meters high to the edge of the swing. At this time, the lower one (the one who talks to the swing) should gently catch the partner. Mistaken one, another suffered. Insurance is used only at rehearsals, there is no such luxury on presentation. Therefore, every movement must be perfected to perfection. So far the Chinese are crazy in terms of the circus, but they did not submit to this genre.

The premiere took place on September 10, at the Moscow Circus, on this day Mom had an anniversary. We made a kind of gift with the guys, gave the premiere both to our mother and the country, because the closing of EXPO-2017 was on the same day. In the end of October we plan to give several presentations. To get to us on the show, you just need to come to the circus. 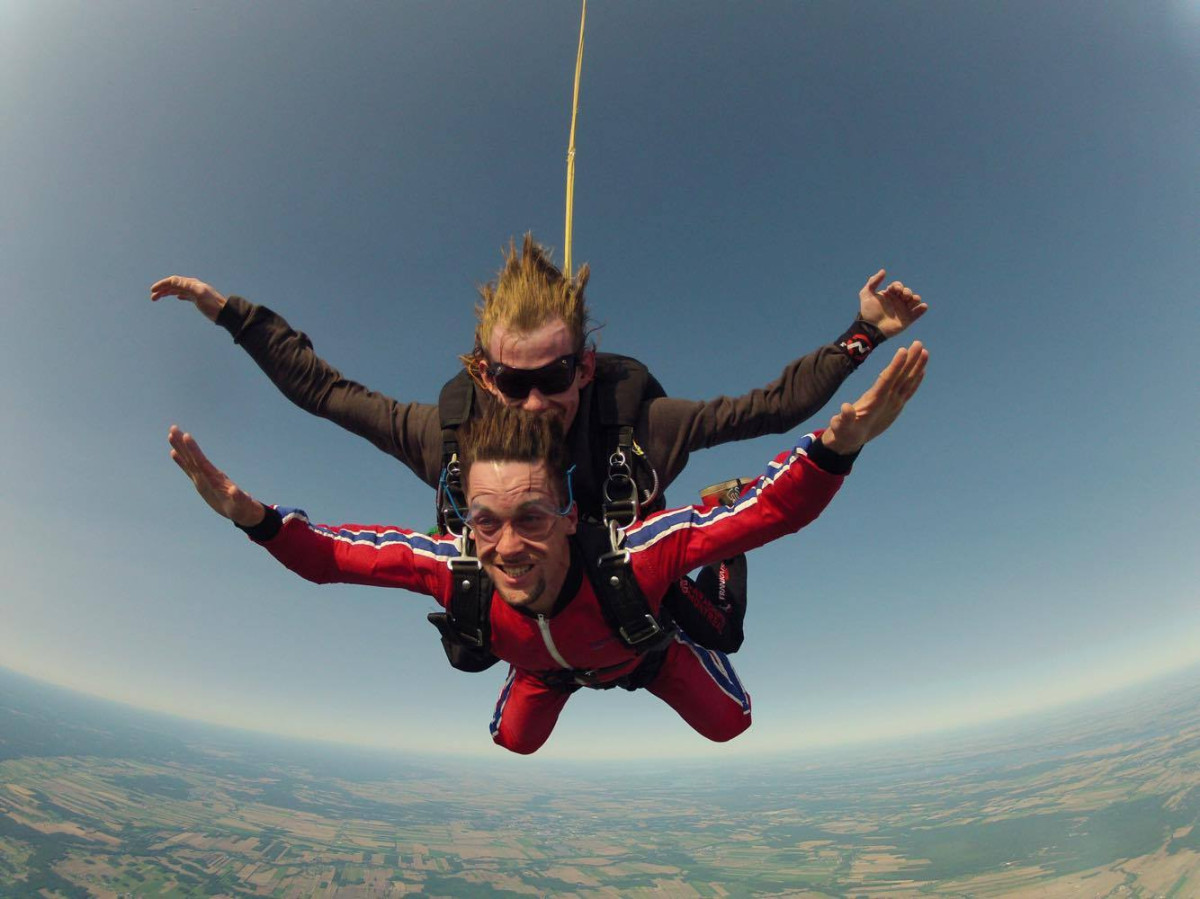 All are afraid, but not all are able to overcome their fear.

As a rule, the creation of a circus number takes years, depending on the complexity of the genre. First of all, you need to find a team of really like-minded people, because this is the foundation. But, a good person is not always a good partner, and vice versa. In our case, it took us exactly one year. September 10, 2016, I went to Astana for the very first talks, and exactly one year later the premiere took place.

The fact is that we get pleasure from work during the performance, it gives confidence, everyone is afraid, but not all are able to overcome their fear. No matter how experienced the artist, he always worries before going out. And of course faith in a partner. for today I still have one circus number, but again, this is for now.

I can not say how to keep the show staff in line, I'm still the head of a separate issue. As for the number, the leader should also be a psychologist, because people are different, with their character, and I have to find an individual approach to everyone, and that this approach does not negatively affect the other partner. I have no favorites, the guys are all equal, and they know this very well, We are like one family, rather than just partners by number. Chance is always, there would be a desire and desire! Take our number, one of the bottom has never been involved in sports, even though it is related to the circus, but having enough body weight and wild desire to change their lives for the better. As a rule, in circus schools, but the bulk of artists are former athletes, acrobats and gymnasts. It's about acrobatic genres.

The viewer should understand what is happening on the arena, our task is to convey this.

In fact, difficult moments are enough, our work is built on full trust to the partner, because he is responsible for your life during the execution of the trick. That is, you need to learn to trust your partner and do your thing. Self-confidence decides much, such thoughts that you will not succeed, and should not be. Anything happens, if something went wrong, as it was planned, improvise, the viewer should not see your mistakes. The main thing is to keep self-control, because in case of panic a chain reaction is triggered, and this is unacceptable. I beat the moment, smiled and continued to work. 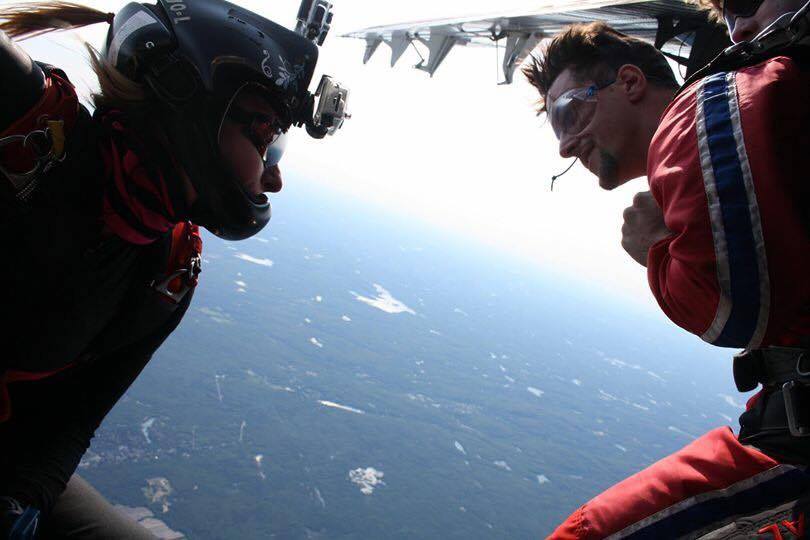 There never was an Idol. And it will not. I do not want to be like somebody, I want to be myself and do my own thing. Moreover, I have already found myself in this life ...

I think that the audience is primarily interested in large-scale numbers, with a well-directed direction, To make it look like a short story, understandable to the viewer. Because the viewer must understand what is happening on the arena, our task is to convey this. Our work is such, to bring people joy

The daily schedule directly depends on the tour schedule, for example, the show can be at 11 am, and maybe at 8 pm. In our circuses we usually work on weekends. on principle - you rest, we work for you. The rest of the time rehearsals, self-improvement, you try something new, perfection has no limit. As such, there is no diet, the main thing is for an artist and his partners to work comfortably and safely, we have a group number, we must take into account each other.

Circus is beauty, holiday atmosphere, adrenaline, travel, new people, and of course, the reaction of the viewer is the most priceless for the artist. Seeing the admiring view of the viewer, especially the children's delight, you realize that you do not live in vain. Our work is such, to bring people joy.

At home, artists do not receive a decent payment for their work, and no one will risk their lives for a penny.

We have many gifted people in the country, but they either remain unknown or leave the country to realize themselves. Let's take the circus, in particular, the Kazakh ... We have decent numbers, but they are all on contracts abroad. For one reason, that at home they do not receive a decent payment for their work, and no one will risk their lives for a penny. Why weak numbers do not develop? Because development involves investing in staging, costumes and so on. And where did the beginner artist money for all this? There is a clear line between art and amateur performance. 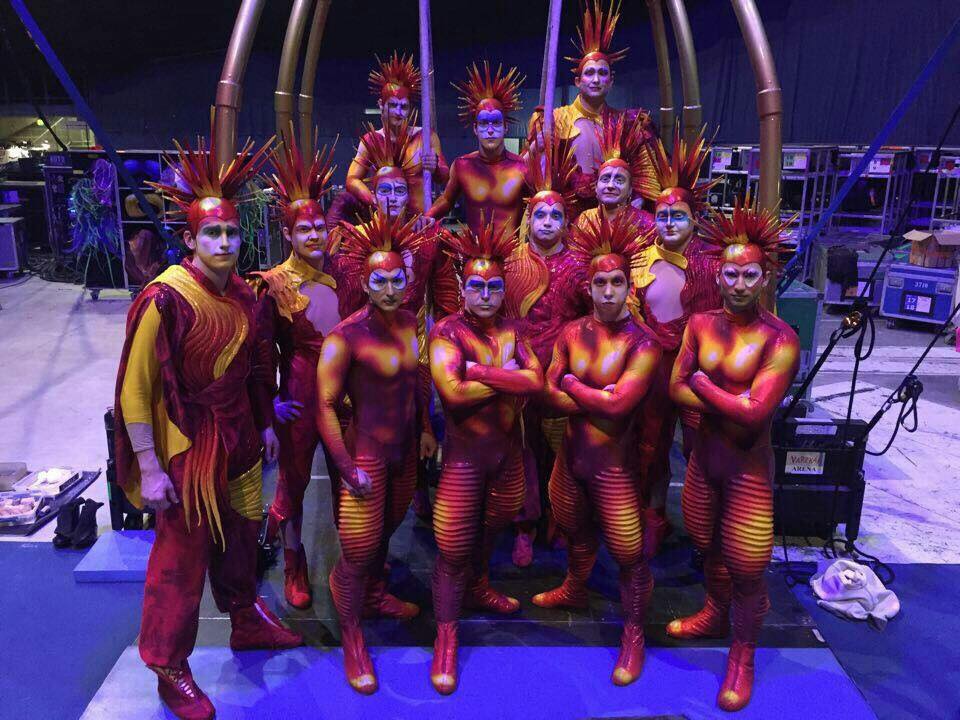 Even a simple number can be very nicely presented. We need investments in the development and creation of rooms. I created my number for my money, my friends helped me, really, who helped me. But, with all that, while helping the artist, you also need to demand the growth and development of the number. Unfortunately, some rooms are not competitive, and they will not be able to declare themselves at any prestigious festival.

It happens every time when difficult moments visit different thoughts. But all this I regard as tests sent from above. I blindly believe that our life has long been painted for us, even before our birth, so I try not to attach special importance to difficulties. 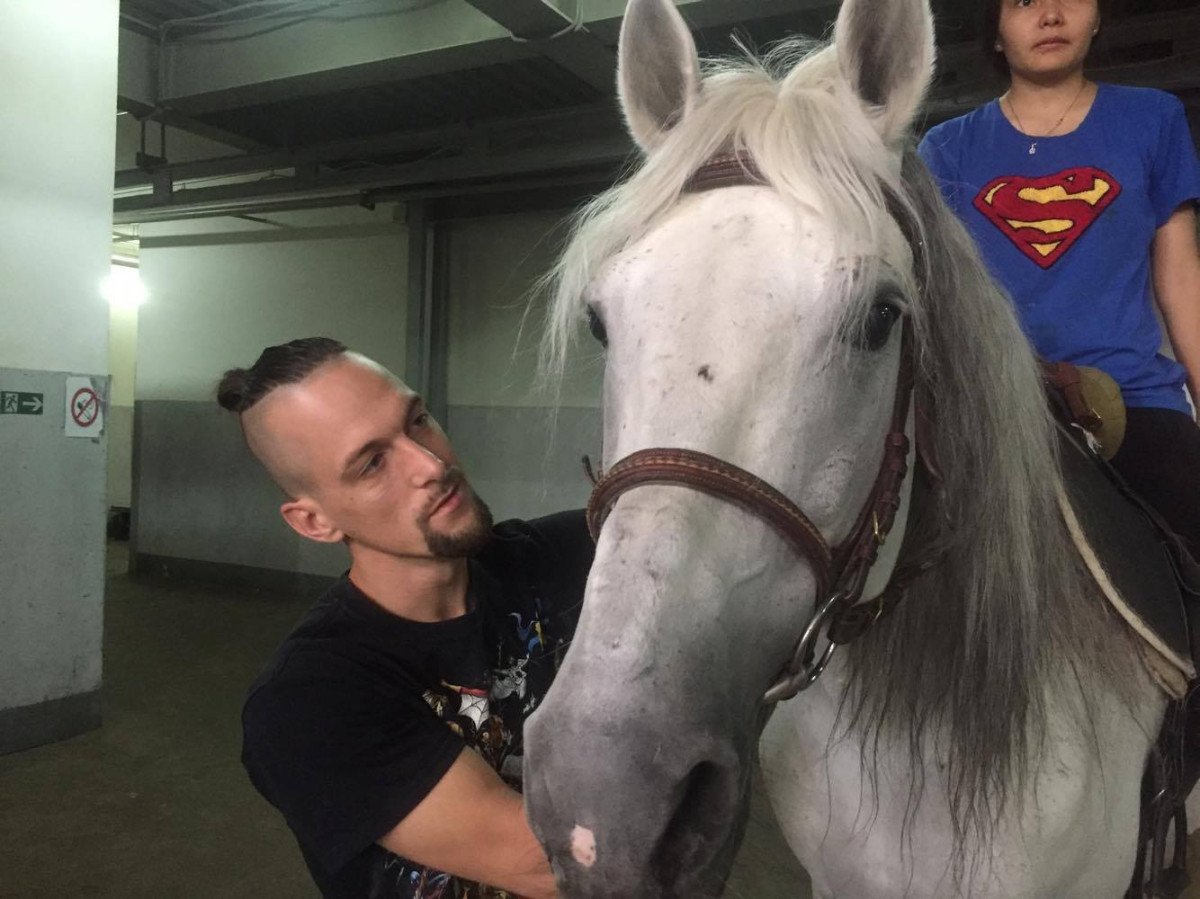 There are many plans and ideas for the future, but everything has its time!