Сall-center: НАО "Отандастар"
8 800 080 14 04 komek@oq.gov.kz
Home
News
Culture
And the smoke of the fatherland is sweet and pleasant to us!

And the smoke of the fatherland is sweet and pleasant to us!

The Library of the First President of the Republic of Kazakhstan hosted the International Forum "Kazakh Eli: Conceptual Foundations of Development and Adaptation in the Global World", dedicated to the 30th anniversary of the First World Kurultai of the Kazakhs. 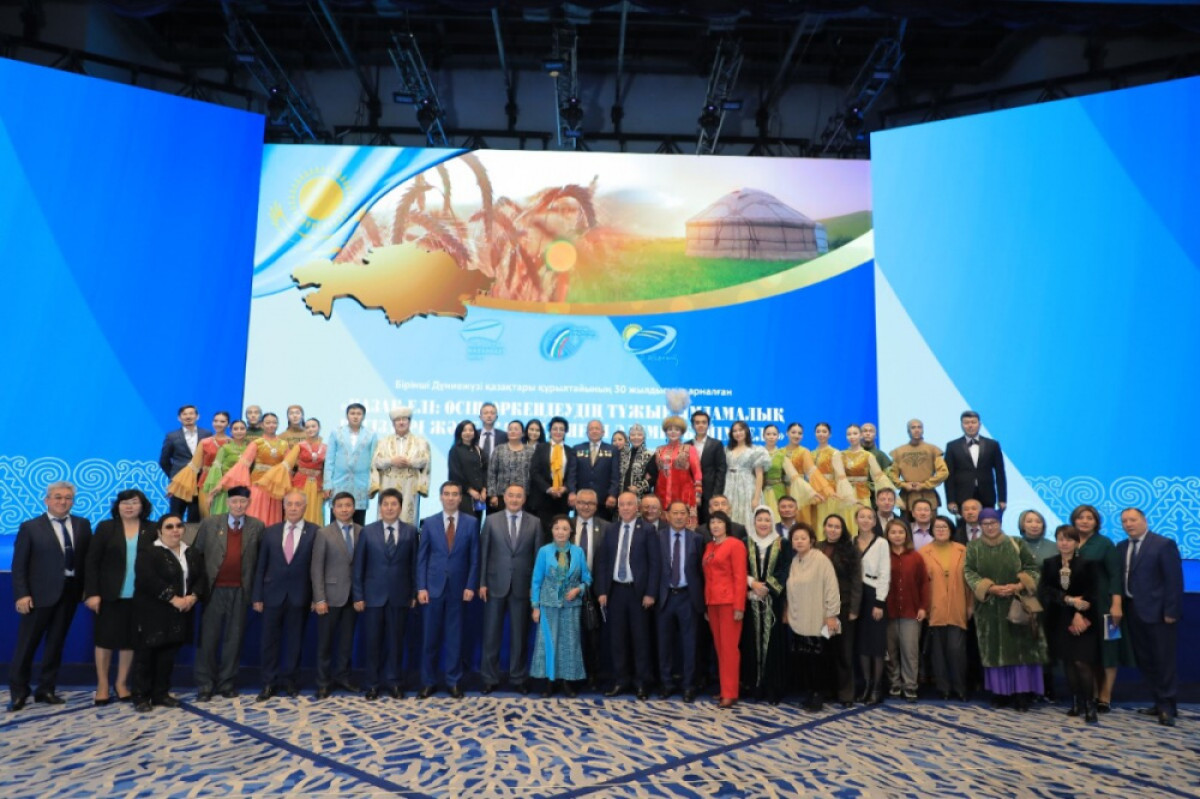 The holding of this event is due to the dynamism of changes in all spheres of life of modern Kazakhstani society, an increase in interest in the conceptual issues of the further development of Kazakh Eli and the problems of adaptation of compatriots in the global world.

“30 years ago, organized by the First President of Kazakhstan Nursultan Nazarbayev, the First National Kurultai of the Kazakhs ignited hope in the hearts of millions of our compatriots around the world. None of them remained indifferent to this initiative, seeing tears in the eyes of our relatives when they were reunited with their historical homeland. The Kazakh people have endured many hardships of fate. A lot has been done in 30 years. Our compatriots, who have returned to Kazakhstan to this day, contribute to the development of our country, to recognition in the world community. Love for the motherland and respect for compatriots does not decrease day by day. Global political events and the economic situation in the world today are a great test for our people. The strategy of New Kazakhstan, announced by the President of the Republic Kassym-Jomart Tokayev at the National Kurultai, held this year in the Ulytau region, will allow our country to overcome these global challenges and achieve successful and sustainable development without losing its unity. and wisdom,” Bakytzhan Temirbolat, director of the Library of the First President of the Republic of Kazakhstan, greeted the participants.

During the Forum, the appeal of the Minister of Information and Social Development of the Republic of Kazakhstan Darkhan Kydyrali was read.

“I sincerely congratulate everyone on the opening of the International Forum dedicated to the 30th anniversary of the First World Kurultai of the Kazakhs. One of the global initiatives of Kazakhstan, since gaining independence, has been the idea of ​​​​returning our compatriots who left the country to their historical homeland. In his speech, Head of State Kassym-Jomart Tokayev said: “We called on compatriots from all over the world to return to their historical homeland, creating conditions for their resettlement. As a result, our country began to revive, the national spirit strengthened.” The head of state called for further strengthening of our identity. We must consistently promote common values, ideas that unite our people. They must be firmly entrenched in the minds of all citizens. The more consolidating values ​​in our society, the stronger our unity will be. We will survive as a nation in the global world only by having a strong and independent state,” the message said.

“Despite the distance separating us, we closely follow all the events taking place in our homeland. I can say with confidence that we fully support the current policy pursued in Kazakhstan. It is these initiatives that will help the country's further progressive development. We thank you for the support that Kazakhstan provides to its compatriots living abroad. Together we will be able to maintain our unity and help the younger generation not to forget their ethnic roots,” shared his opinion a member of the Kazakh diaspora in Paris, Abdulsamet Altai (France).

“Let me express gratitude on behalf of compatriots living in Europe to the organizers and participants of today's International Forum. The World Kurultai of the Kazakhs was first held in the early 90s of the last century. Then, living in other countries, but wholeheartedly rooting for their historical homeland, the candastars discussed many burning issues. And these questions do not lose their relevance to this day. The most important thing, in our opinion, is to prevent representatives of the Kazakh ethnos, especially the younger generation, from breaking away from their roots, from forgetting their native language. As the saying goes, "Preservation of the language is the preservation of the nation", so it is very important to organize more events aimed at teaching and promoting linguistic culture abroad. And such initiatives, first of all, should find support from the state,” said the chairman of the Association of Kazakhs in Europe and the Kazakh Cultural Center in Cologne, Sadie Kushchu (Germany).

“Kazakhstan is among the top ten countries in the world that consistently pursue a policy of attracting their compatriots to their homeland. I am very glad that the work to consolidate the Kazakhs around the world, which began at the dawn of independence, has found its continuation. Today's event is a clear confirmation of this. I am sure that this Forum, which has international status and takes place in the post-pandemic period, will help strengthen the unity of the representatives of the Kazakh nation, regardless of their place of residence,” said Ertolkyn Gaynetullah (Turkey), editor of the Kazakh Eli magazine, head of the Kazakh association KATEAD.

During the event, the participants discussed the background, history of organizing and holding the I World Kurultai of the Kazakhs, its significance and results, as well as the preservation of the historical and cultural heritage of the Kazakh people and further prospects for the consolidation of the nation in the face of modern challenges.

Following the results of the International Forum, an electronic collection of materials will be published, which will include all of today's speeches.

In parallel with the work of the sessions, a meeting was held in the afternoon with the First Deputy Chairman of the World Association of Kazakhs Zautbek Turisbekov within the framework of the cycle "The History of Independence through the eyes of contemporaries".

An exhibition of archival documents and books from the collections of the Library of the First President of the Republic of Kazakhstan and an exhibition-fair of traditional Kazakh crafts and national clothes were also held within the framework of the Forum. The guests were presented the expositions of the Museum of the First President, as well as the thematic exhibition "My Homeland is Kazakhstan" dedicated to the 30th anniversary of the World Kurultai of Kazakhs.

Subscribe to our Telegram channel and be the first to know the news!
Next news
Kazakh PM holds Commission on Economy Demonopolization meeting
Photo day
Kazakhstan, Greece mark 30th anniversary of establishment of diplomatic relations