NUR-SULTAN – An exhibition of Indian attire titled ‘Indian Sari: A Timeless Elegance’ was held at the National Museum of the Republic of Kazakhstan. 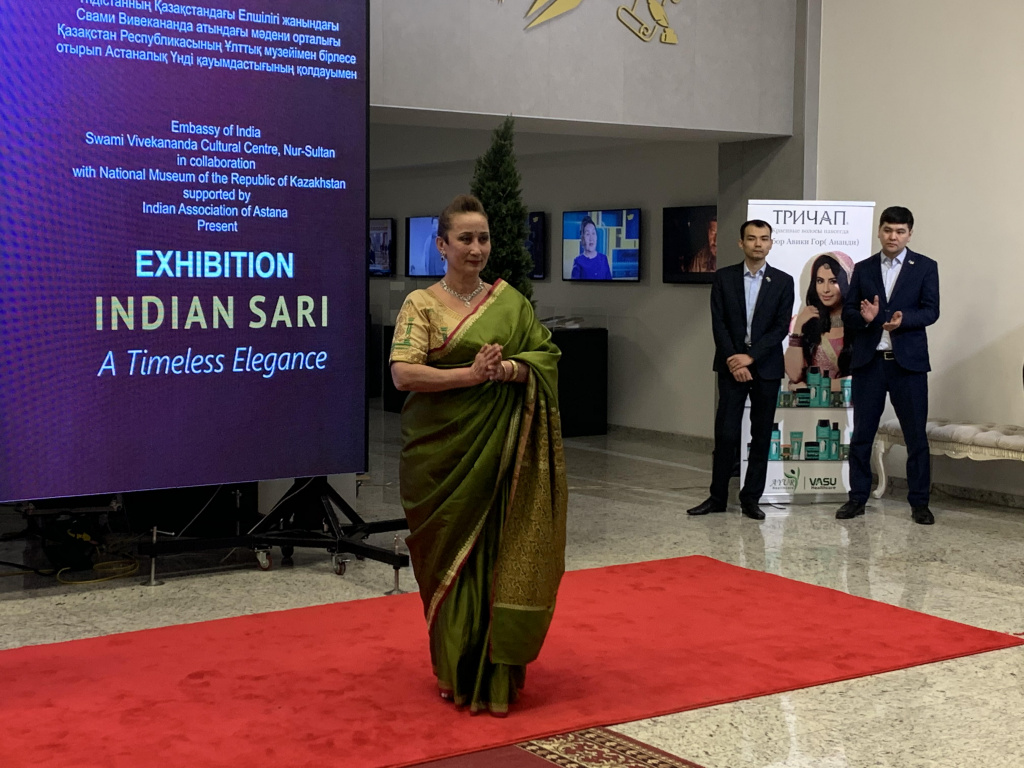 A pageant of traditional clothing was organized at the opening of the exhibition that demonstrated both traditional and contemporary styles of Indian Sari. 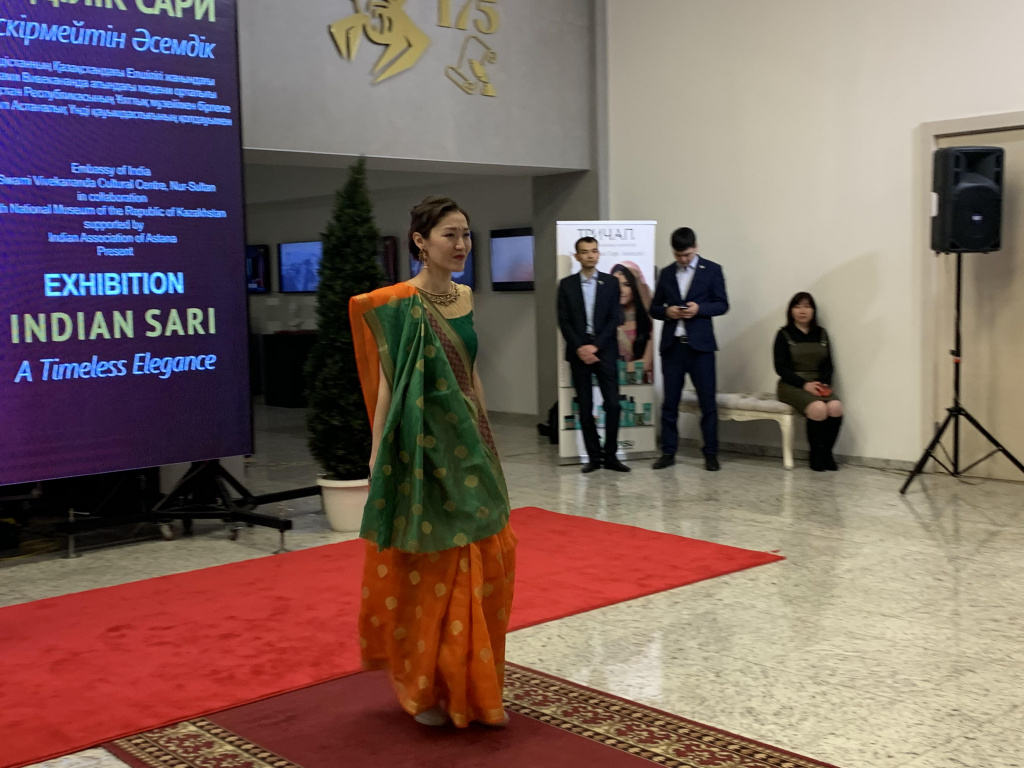 The Swami Vivekananda Cultural Centre of the Embassy of India in Kazakhstan has prepared 33 traditional Indian Saris which include painted, printed, woven and non-woven, embroidered and embellished ones. 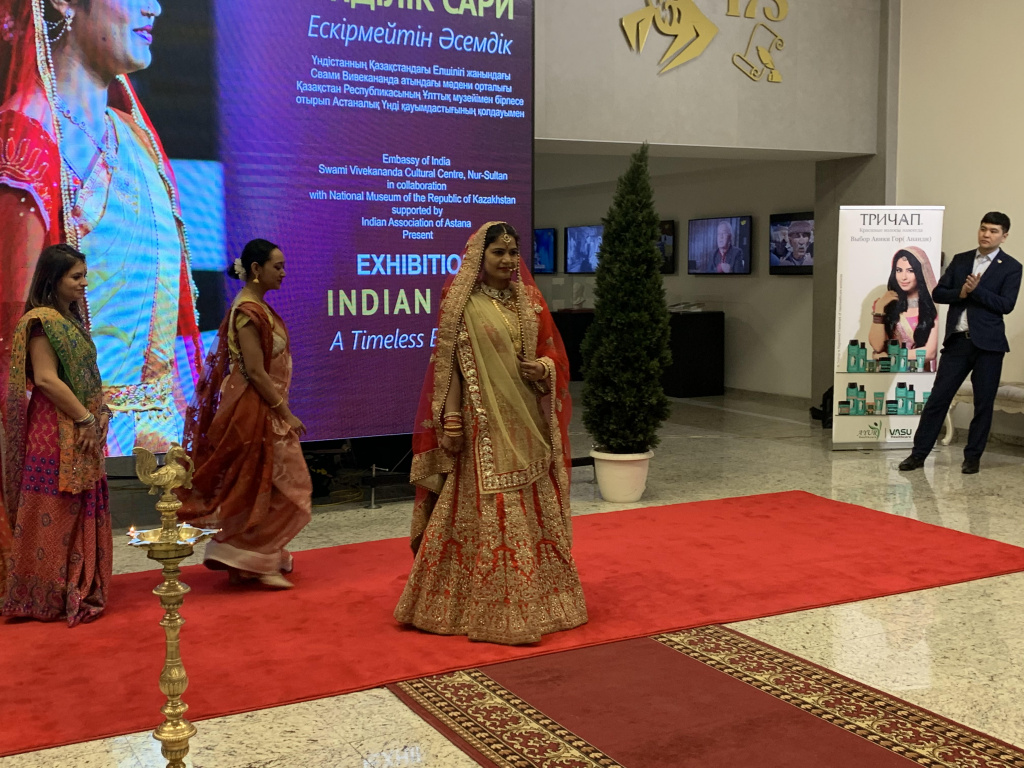 As Ambassador Prabhat Kumar noted, the exhibition showcased the Saris from seven different states of India, representative of the north, south, east and west of the country. 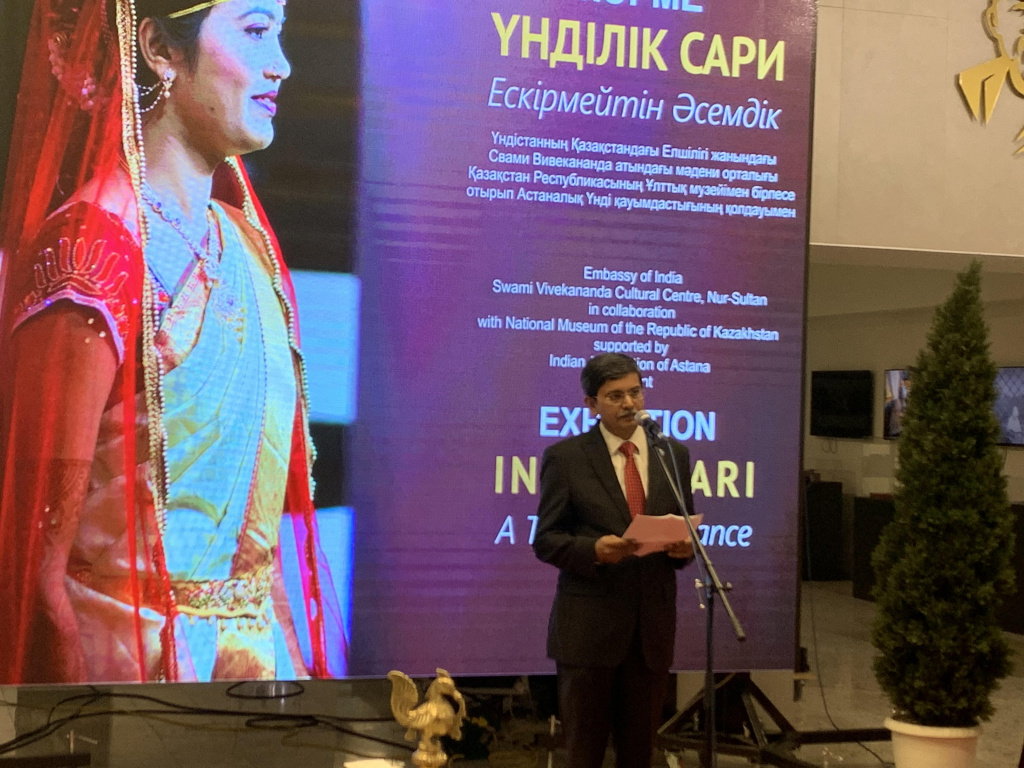 “People positively react to the women wearing Sari and always request for a photo. Kazakhstan has been exposed to the Indian culture from ancient times, Bollywood films are very popular here, therefore Kazakhstanis are familiar with the traditional clothing of Indian women. Men in India generally wear both western and traditional attire, but Sari remains as formal and informal clothing for women, this is mainly because of elegance, style and suitableness for occasions.” 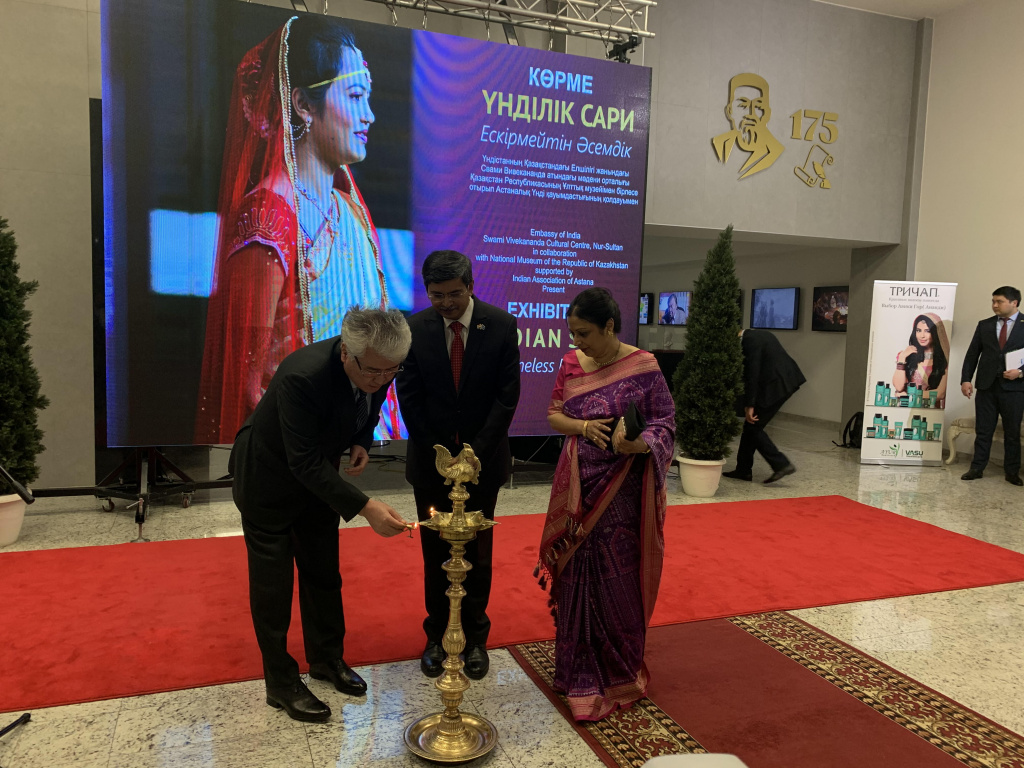 Mr. Kumar stressed that traditional clothing has been appreciated by film industry, fashion designers and adopted by women leaders from different spheres they might come. 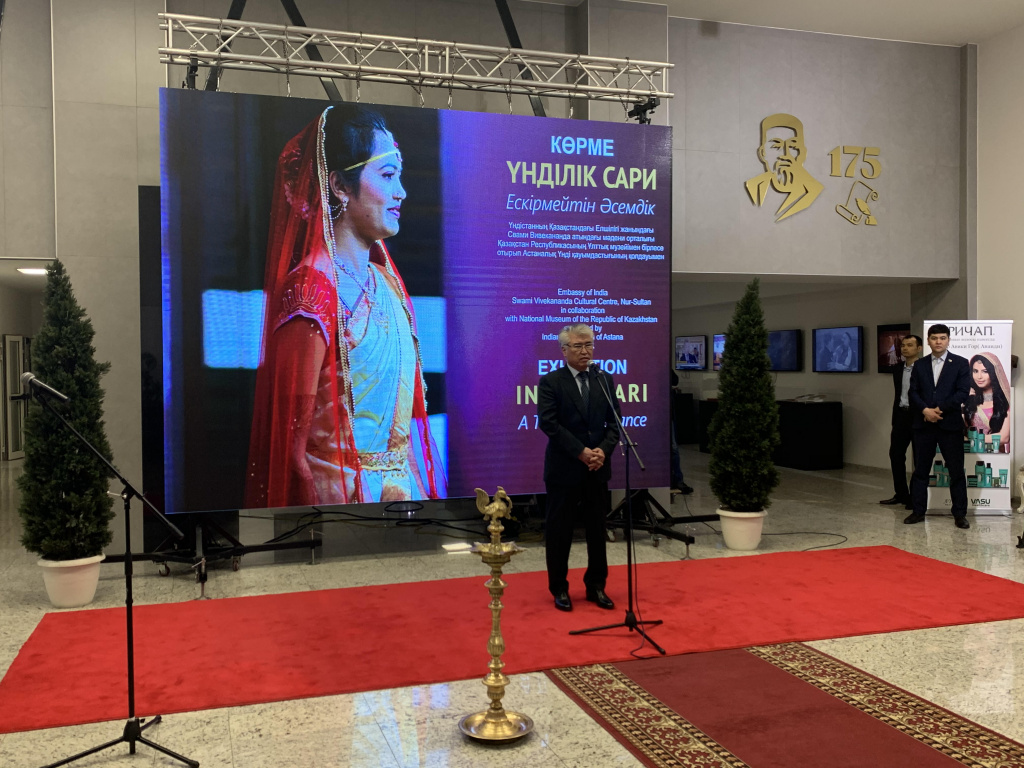 Arystan Mukhamediuly, Director of National Museum Kazakhstan, expressed the gratitude to the Embassy of India for organizing the Sari exhibition and told about future exhibition of the Golden man that will be held at the National Museum, New Delhi, scheduled in March 2020. 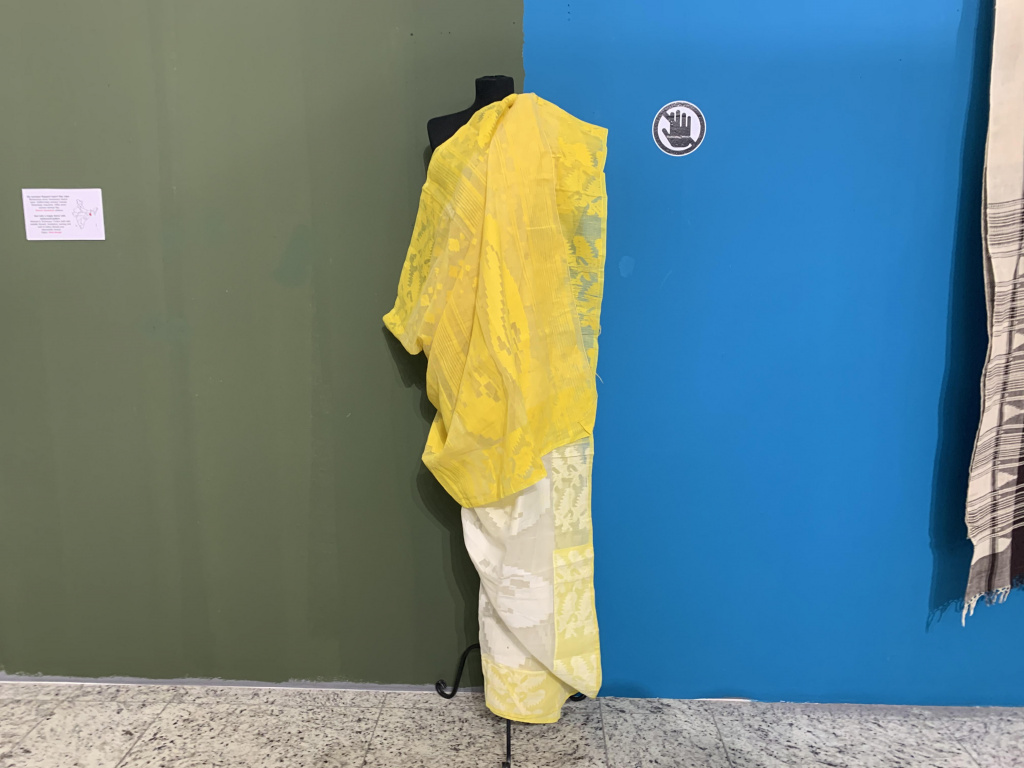 Colourful, eye-catching Saris evoked a huge interest among local citizens. The collection gave visitors new insights into Indian traditional attire and demonstrated all the beauty and diversity of the traditional garment. 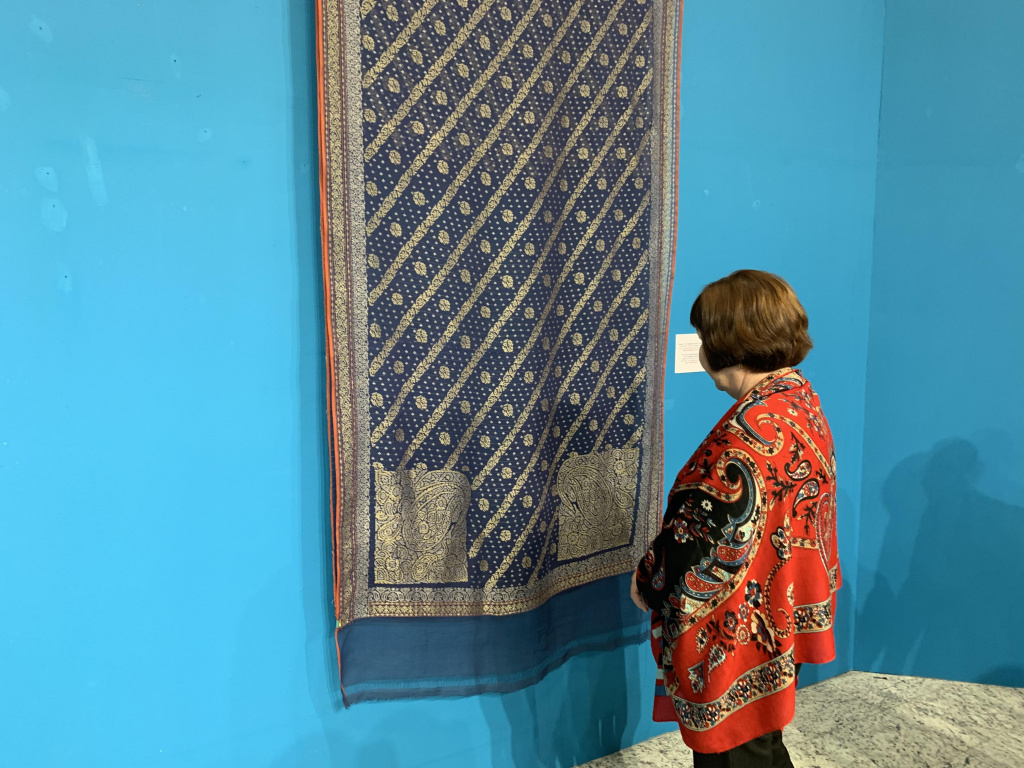 The exhibition has been organized with the support of Indian Association of Astana and will be open for public view daily from 4 to 15 March 2020.