The Library of the First President of the Republic of Kazakhstan - Elbasy presented a virtual exhibition "Kazakhstan Soldiers in the Battle for Stalingrad", dedicated to the 75th anniversary of Victory in the Great Patriotic War. 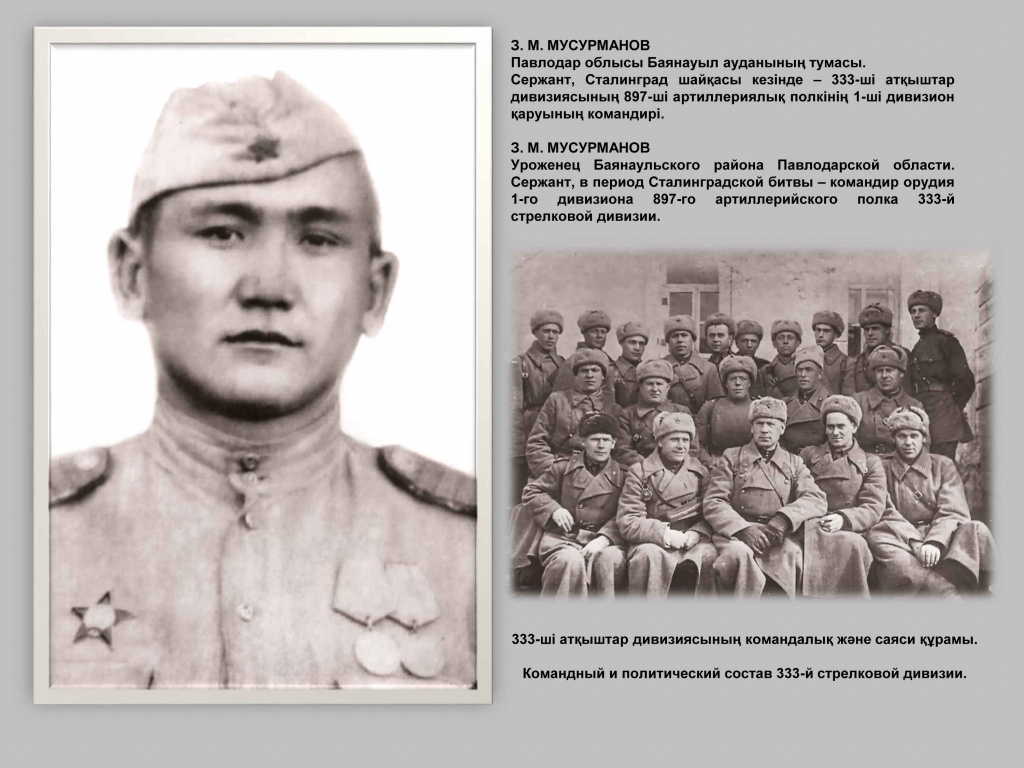 As Amerkhan Rakhimzhanov, Director of the Library of the First President of the Republic of Kazakhstan – Elbasy noted, thanks to the work of colleagues from the Museum Reserve "Battle of Stalingrad" (Volgograd), the Library can also tell about other heroes - Kazakh people, who took part in this great battle, which broke the course of the Great Patriotic War.

The materials of the exhibition introduce the history of one of the bloodiest battles, not only the Great Patriotic War, but the entire Second World War, which lasted from July 17, 1942 to February 2, 1943. The victory in this battle made it possible to reach a fundamental turning point during the Great Patriotic War. In the Battle of Stalingrad about 500 thousand people died valiantly fighting for their homeland. Among them were representatives of the entire multi-ethnic people of the Soviet Union, including Kazakhstanis. Unique archival materials meticulously collected by the staff of the Museum-Reserve "Battle of Stalingrad" tell about the heroes of the battle, allow you to know them closer and again be amazed at the scale of their personalities. 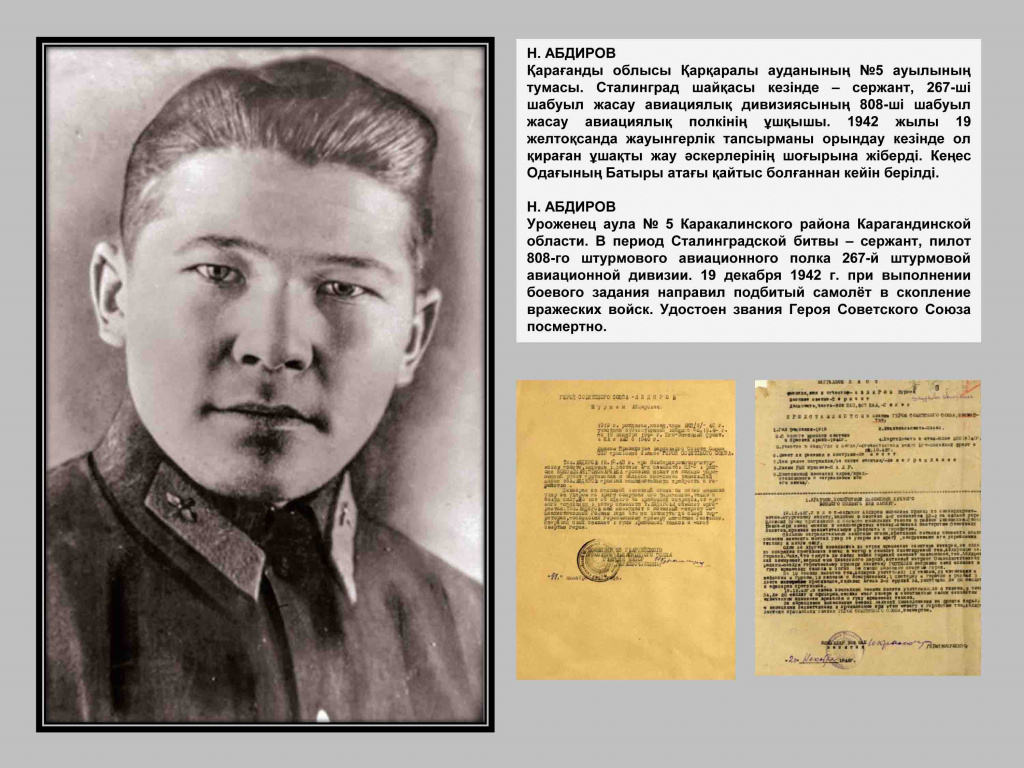 Aleksey Borodavkin, Ambassador Extraordinary and Plenipotentiary of the Russian Federation in the Republic of Kazakhstan noted that the exhibition "Kazakhstan Soldiers in the Battle for Stalingrad" is a bright evidence of the importance and versatility of Russian-Kazakh cooperation in the humanitarian sphere, which directly involves cultural institutions of our countries.

"Tense, well-coordinated work of the staff of the Museum Reserve "Battle of Stalingrad", the Library of the First President of the Republic of Kazakhstan - Elbasy and the Representative Office of Rossotrudnichestvo in Kazakhstan gave a very important result: there was created a unique exposition based on real documents and evidence of the participants of the battle, which became a turning point during the Second World War, in the history of all humanity.

The exhibition for the first time presents materials that tell about the courage and heroism of the Kazakh soldiers, their participation in the defeat of Nazi hordes near Stalingrad", said the Ambassador.

The materials of the virtual exhibition is available by the following link:

Subscribe to our Telegram channel and be the first to know the news!
Next news
Land of Peaceful Coexistence
Photo day
2nd Kazakhstan rescue team arrives in Türkiye