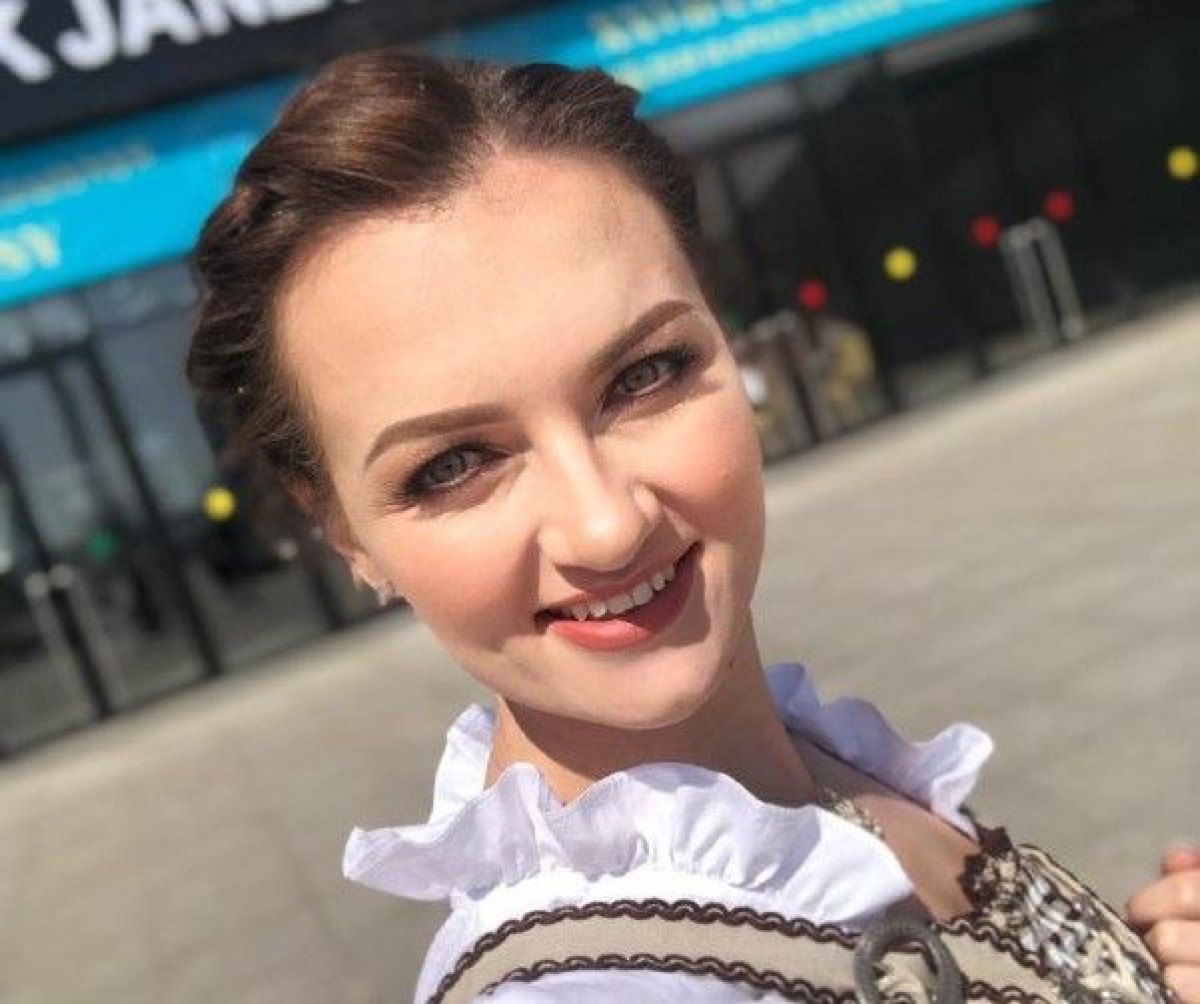 Last year the Public Association of Germans ‘Wiedergeburt’ marked its 30th anniversary. One of the goals of the self-organization is to popularize the rich cultural heritage, life and creativity of the German ethnos of Kazakhstan. Having found their homeland in Kazakhstan, the German people do not lose relations with their roots and do not forget their traditions and language. Project manager Yevgeniya Gizik told about social projects and challenges faced by the Association.


-Could you tell about yourself? How did you come to ‘Wiedergeburt’?
-My hometown is Atbasar, my parents also come from there. My grandmother used to live in the Crimea, and my great-grandmother lived in German settlements. During the reign of Elizabeth, the general provisions for the creation of a German autonomy, where the Germans could live and develop the land, were worked out. August 28, 1941 was issued a decree of the Presidium of the Supreme Soviet of the USSR "On the Resettlement of Germans living in the Volga region. People were driven to their deaths, but thanks to the hospitality of the Kazakh people, thousands of German families survived.
I was born in a multinational family, my mother was half Ukrainian, half Belarusian, and my father was German. There have never been divisions in the family, all holidays were celebrated. In fact, my parents had to go through a lot to prove their love. My grandmother on her mother's side was an eyewitness to the war, she saw the Nazis shooting her brothers. However, fascism is not Germans and we all understand it very well, but since the echoes were coming from Germany, this stain has accompanied the German people throughout. The German people are trying to bear a share of the blame for those events in history and there is no escape from it. Although many Germans went to the front, because Russia was the country where they lived.
When I entered the Kazakh Agrarian National University, I saw the school-gymnasium No 46. I said myself: "When I have children, they will study at this school. I knew that it was a grammar school with an in-depth study of German, perhaps it is a call of the heart, because I have always been interested in the culture, history, traditions of the Germans. I like that the German people are very organized and get the job done. Everybody knows that German things are of good quality.
There is a preschool education center "Wunderkind" at German Association, I brought my child when she was three and a half. In addition to preparing for school subjects, identity-related subjects are taught at the centre.
I graduated majoring in Economy, worked in the banking sector. My head - member of the Board of Trustees of the Public Foundation "Kazakhstan Association of Germans "Wiedergeburt" gave me a big school of life. When you come from the school to the good director, you become a good specialist. After the bank I went freewheeling, then I was offered the position of project manager in the Association. I like working in Wiedergeburt because you can implement all your ideas. In the second quarter we are launching a pilot project - a football school with German language. When you are involved in a project, you feel warm because people like what you do. Thanks to the Association, I have met many people, learned a lot for myself. -Could you tell us about the history of the German Association ‘Wiedergeburt’?
-There are still significant dates in history: on February 14, 1989, in Tselinograd the socio-political and national-cultural club "Einheit" was founded under the chairmanship of Andrey Karlovich Rende. And on March 30, 1989, in Moscow the founding conference of the All-Union Association of Soviet Germans "Wiedergeburt" was held. On August 16, 1990, Association of Germans "Wiedergeburt" was registered in Tselinograd. The Association of Germans is a connecting bridge between Germany and Kazakhstan. In 1994, the humanitarian and educational complex "Kindergarten-School-Gymnasium" was opened, which is still functioning today, graduating children with knowledge of German language and DSD (Das Deutsche Sprachdiplom der Kultusministerkonferenz) diplomas, language knowledge allows children to enter international universities. Since June 01, 2012, the public organization was renamed and registered as the Public Association "Association of Germans "Wiedergeburt" of Nur-Sultan and Akmola region".  Igor Berg is the Chairman of the Association since 2001. The Association of Germans is a member of the Assembly of People of Kazakhstan and actively participates in all city and national events. The House of Friendship provides an office, where you can get acquainted with a small part of our culture, as well as there are ethno-cultural events, doors are open to all comers. Every year we hold German Culture Days in the capital on the territory of the House of Friendship.
The purpose of the Public Association "Association of Germans "Wiedergeburt" of Nur-Sultan and Akmola region" is to preserve and popularize German culture in Kazakhstan, as well as to improve the level of education of ethnic Germans of Kazakhstan.
The main directions of activities:
- restoration and development of the language, education, culture and religion of the Germans;
- development of comprehensive cooperation with German-speaking countries;
- assistance in creation of classes and groups in educational institutions for studying German language;
- studying the problems of the German population and representing its interests in state and other public associations of the Republic and other states;
- Contributing to the mutual enrichment of ethnic cultures, nations and nationalities living in Nur-Sultan and Akmola region and to the economic and social support of German society.
Areas of activity:
- Study and popularization of the German language, traditions, customs and culture of ethnic Germans;
- Holding hobby groups (dances, vocals, handicrafts);
- organization and holding of events, activities, trainings, quests and master classes;
- education in social responsibility;
- volunteer activities.
-Could you tell about the projects of the Association?
- Different directions in activity help to cover different layers of the population and different ages, participants of German Association in Nur-Sultan and Akmola region are from 3.5 to 90 years old and everyone has something to like.
The Social department is responsible for providing assistance to workers, disabled persons of 1,2,3 groups, single people with a minimum pension, large families, poor pensioners.
An important role in German Association “Wiedergeburt” is assigned to the social work sector. Charitable projects for persons of German nationality are carried out with the support of the German Government.
Various social projects are being implemented: a social services centre, solidarity assistance, academies for gentlemen, and the Scandinavian Walking at House of Friendship.
A network of meeting centres is actively operating. The aim of the project is: preservation and development of German language, national traditions, culture, customs of German people.
All kinds and directions of activity of Public Association "Association of Germans "Wiedergeburt" of Nur-Sultan and Akmola region" are united: Meeting Center, events uniting different generations, Sunday School, where children learn Kazakh and German, learn the traditions of the German and Kazakh people, celebrate various holidays, the School of optional education, where young people find a lot of useful, necessary and important information and develop important skills for today's youth, the Center for additional preschool education "Wunderkind", where the youngest participants receive additional preschool education for successful learning in schools.
Active German youth play a significant role. The German Youth Club "Diamant" has existed since 1996 and its members are young people between the ages of 14 and 29 who are also members of the youth movement "Zhangyru Zholy". The motto: "Start with yourself, and the world will be brighter!" Preserving the ethnic identity, learning the traditions and customs of ethnic Germans, as well as developing the creative potential of young people - these are the main objectives of the youth block.
The Theatre Studio "Diamant" is attached to the Youth Club and was founded in 2009. This year it marks its 10th anniversary. The aim of the theatre studio is to develop the creative potential and preserve the ethnic identity of children and young people through the production of theatre plays on various acute social and historical topics. Our youth actively participates in city, republican actions, conducted by Assembly of People of Kazakhstan, representing their ethnos.
There is a Creative club at the Association, where children are engaged in creative work, prepare for performances. For example, last time the theme of the club was "Environmental protection", children were explained about the harm of plastic bags and how effective the paper bags are. Children learn German as part of their natural science studies.
-You noted that you participate in many events of the Assembly of People of Kazakhstan. What does the Assembly mean for you?
-Assembly of People of Kazakhstan is one ‘shanyrak’. You realize that you are an integral part of the people of Kazakhstan, this platform is an opportunity to learn from your friends and share your skills. As my father says: "One straw is easy to break, and it is difficult to break thousands of them", the Assembly of People of Kazakhstan is a single branch that unites all ethnic groups for me. Everyone has the right to choose, to vote and to have his or her own ethnicity.
We honor traditions and customs of our ancestors, preserving culture, language of our ethnos and we love our Motherland - Kazakhstan, where the single nation – Kazakhstanis live in peace and harmony.

Subscribe to our Telegram channel and be the first to know the news!
Next news
Konstantin Lutsa: I came to the Assembly thanks to my teacher
Photo day
Kazakhstan wins gold of World Cup on bullet shooting