Public Association "Polacy" was registered on 27 September 1999 in the Department of Justice of the Republic of Kazakhstan. From 2003 to the present day, Elena Rogovskaya is the Chairman of the Public Association.

—Could you tell us please about Your Public Association “Polacy”? What activities are held in the cultural centre?

—The Public Association is a part of the Assembly of people of Kazakhstan. There is a class of Polish evening school based in gymnasium No. 5 at community “Polacy”. Children of different nationalities attend the school, more than 50 students learn there. The best graduates have opportunity to enter higher education institutions of Poland after successful completion, having passed the preliminary entrance exams in Astana. About 200 students study in Polish universities. Active concert activity is carried out by the vocal ensemble "Stokrotka"and dance group "Kuyavyachek", created for the promotion and revival of the Polish language, culture, acquaintance with the folklore of the Polish people. Both groups take an active part in all events, they were awarded diplomas, letters of gratitude and valuable gifts. Ensembles go with a concert programme to the Republic of Poland several times and children go on summer vacation.

Ambitious, far-reaching plans and tasks are based on the understanding of the importance of the human factor, which consists of many categories, primarily spiritual.

Our youth, our children learn, prepare for the future of their lives, they believe that they will live in stability, freedom and peace. They can achieve their goals and opportunities under such conditions. Whether we can guarantee – it is up to us.

One of the priorities of the Polish community of Astana “Polacy " is to work with young people, which is the driving force of the creative ideas of our Association. The head of the youth wing are Yulia Kozlovskaya-Kim and Ulyana Gonshevskaya.

On 6 September 2017 President of Poland Andrzej Duda and his wife Agatha Kornheiser-Duda paid a State visit to Astana. The visit of the President of Poland was timed to the week of Poland, which was held at the international specialized exhibition "EXPO-2017". Students of Sunday school met a high-ranking guest and the delegation of Poland in national Polish costumes. During the event, a presentation of the Polish class named after Chopin was held and the students had an interesting conversation. Mrs. Agata Kornheiser-Duda is a teacher on specialty, so she was interested in education system in Kazakhstan. 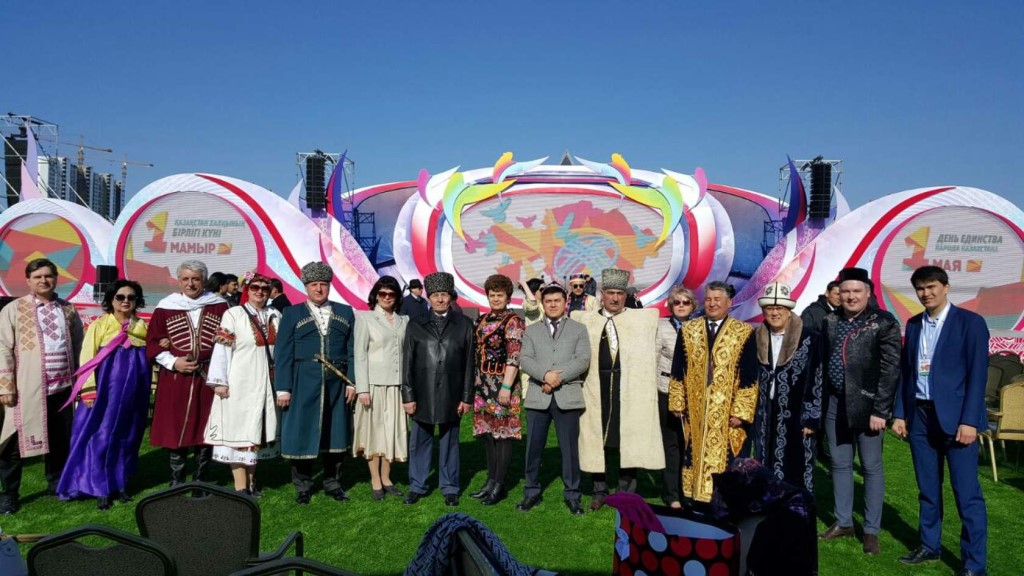 In 2016 an event dedicated to the 80th anniversary of the deportation of the Polish people from Ukraine was held on May 10. The event was held in the Palace of Schoolchildren, where Embassy staff were invited as well.

Identification and preservation of the memorable places connected with life and activity of the Polish in Kazakhstan is also one of the directions of our activity.

In September 2017 together with the youth leader of the Public Association and the Polish delegation from Poland, an action was organized to plant trees in the Botanical garden of EXPO 2017. The trees were brought on a special flight straight from Poland. Akim of Astana Asset Issekeshev and deputy akim Yermek Amanshayev took an active participation in this event.

On October 28 a memorial sign to victims of political repression was opened in a sign of deep appreciation and respect for older people in the village Priishimka, Astrakhan district, Akmola region. We timed the opening of the memorial sign to the Day of the Saints, which is celebrated in Poland on 1 November and also expressed gratitude to the people of Kazakhstan, emphasizing that in those difficult years of deportation, few people would be able to survive without the help provided by Kazakh people to the displaced persons.

Things turned out that Kazakhstan became a place of deportation for millions of Soviet citizens and it is our moral duty to preserve the memory of those people and this tragedy.

Our representatives of the ethno-cultural association "Polacy" participated in the opening of the national pavilion of Poland at the exhibition"EXPO-2017". On 12 June, a festive event dedicated to the opening of the "Alley of peace and consent" was held on the territory of EXPO Park. The alley is a reflection of friendship and unity of the Kazakh people, the embodiment of the desire of independent Kazakhstan to peace and harmony.

N.A. Nazarbayev set out a phased transition of the Kazakh language to Latin alphabet as one of the key priorities. The representatives of the Polish community of Astana "Polacy" support this initiative.

The symbol of the formation of Kazakhstan's identity and unity is our capital – Astana, the 20th anniversary of which we celebrated, our Public Association is the same age as our capital and we will make every effort for the prosperity of our Astana.

The Public Association takes part in the celebration of national holidays, capital's events held by the Assembly of people of Kazakhstan.

The Assembly of people of Kazakhstan continues to contribute to the strengthening of Kazakhstan patriotism, national identity and national unity. Despite the obvious individuality of each citizen, we are united by common goals: love for the Motherland, preservation of peace and consent in the state. 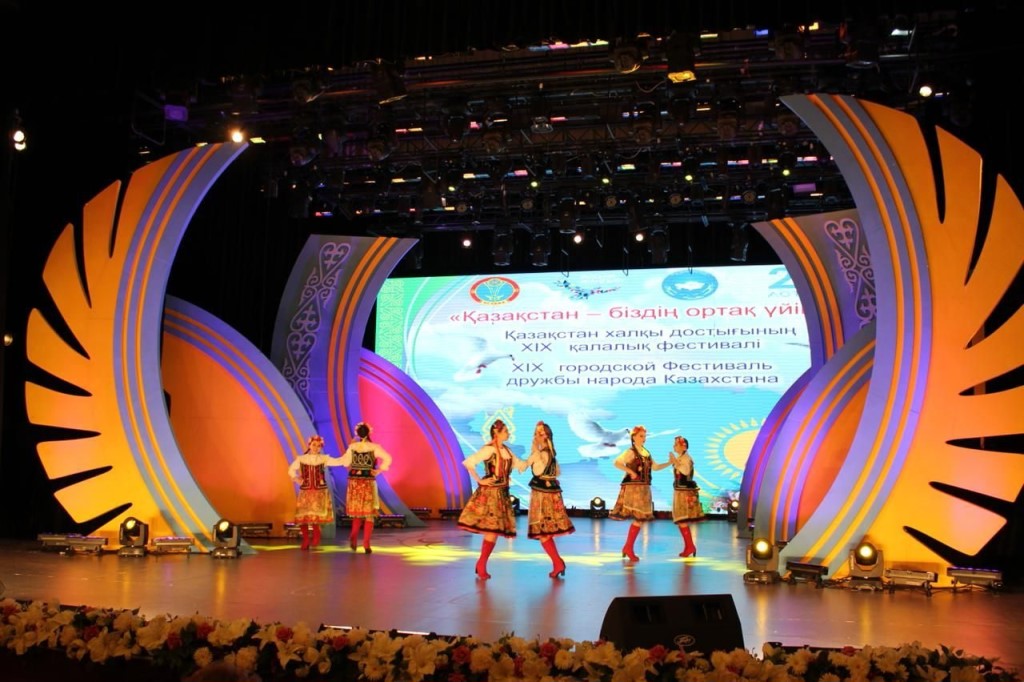 —How many Polish people are there in the community?

—At present, about 100 Polish families living in Astana have been registered in the community. Their mass deportation from Ukraine and Belarus in 1936-37 remained as the white spot in the history of the Polish people of Kazakhstan for many years. Since that time, the country has a lot of Polish people living here until now. Back in 1936, they had to hide their belonging to their nation and now many are trying to revive it.

Kazakhstan is a multinational country, where peace, friendship and consent prevail, we do not have it in other countries. In my opinion, this situation in the country has developed thanks to the establishment of the Assembly of people of Kazakhstan. Its activities are aimed at the equality of ethnoses, the development of different cultures and traditions of the people living in the country, which allows us all to live under a peaceful sky”, — said Head of the Public Association "Polacy" Elena Rogovskaya.

Today, about 200 Polish people of Astana study in Poland. Members of the Public Association also pay special attention to the study of other languages. 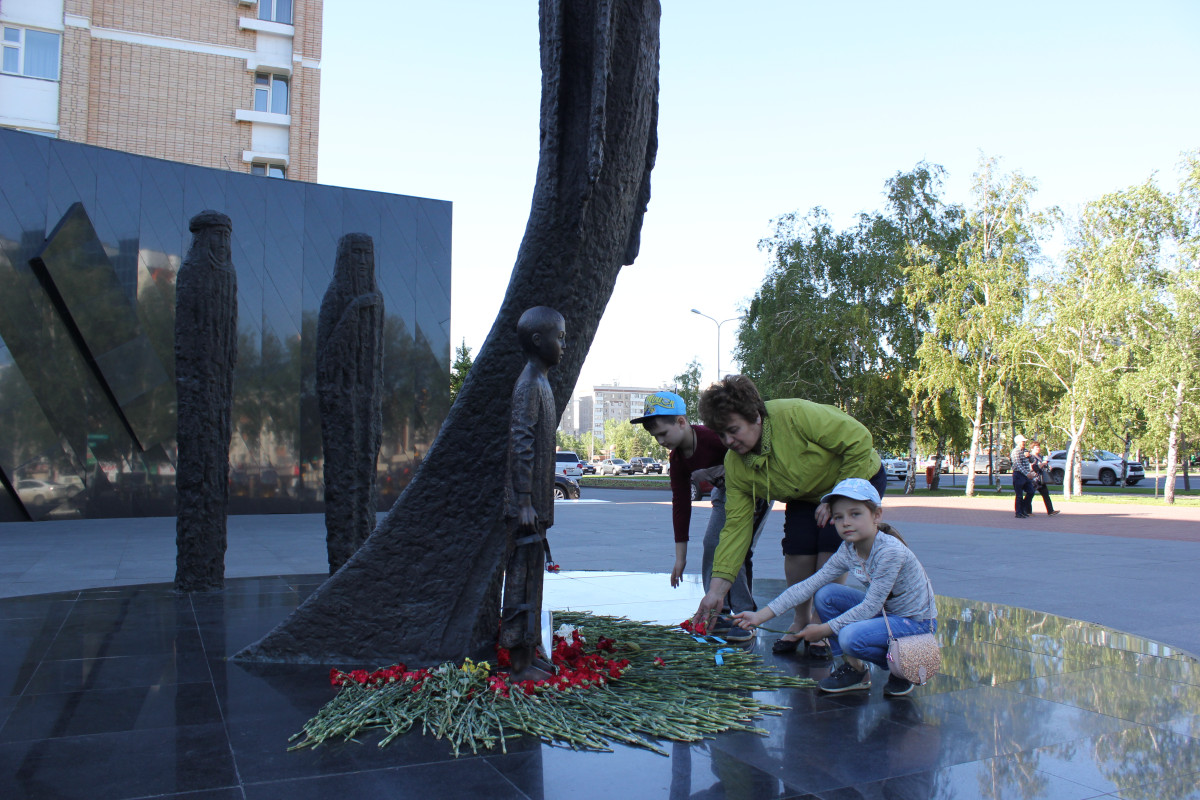 —Do you cooperate with organizations of Poland?

—Our Public Association has established close ties with the Embassy of the Republic of Poland. Consuls come to festive events dedicated to Christmas, Easter, Independence Day of Poland, Constitution Day and others, —says Elena Rogovskaya. Christmas celebration is the most important holiday, it is always celebrated from 24 to 25 December. There should be 13 dishes, including fish, namely carp on the table of each Polish family.

After dinner carp bones are put in the purse, it is believed that they bring wealth. After midnight, Polish families go to the Church for service. Traditionally, on 25 December we gather with the members of our society, congratulate each other, share wafers – these are round thin piece of unleavened bread and sing koleda.

—What is the mission of “Polacy”?

—The main task of the association "Polacy" is to tell and show the active part of Kazakhstan what new and interesting things happen in modern Poland. The cultural centre invites famous representatives of Polish culture. At the meetings with the Kazakhs, the representatives talk about modern Poland – its aspirations, attractive sides and problems of a large country, which has overcome a number of challenges on the way to democracy, the construction of a market economy, investment and integration into the European Union. All this experience on preservation of traditions and identity of the country, the unique person within the united Europe can be extremely useful to Kazakhstan in the light of development of new integration processes. Public Association “Polacy” is interested in all projects, but it refers with special attention that allow Kazakhstan citizens and Polish people to work together, share experiences and open up new names and interesting projects to each other.