—Your Public Association has celebrated its anniversary last year. Could you tell us about the centre from the beginning?

—Our ethno-cultural association is called "Merkaz", which is translated from the Hebrew as “centre”. The establishment of our centre almost coincided with the independence of the country, our centre is changing for the better along with the country. Our people work in many industries, making significant contribution to the future of Kazakhstan. We are very "rich", we carry out the policy of the President together with the country, celebrate all Kazakh holidays, learn Kazakh language, sing Kazakh songs and celebrate all the holidays of our ethnic homeland, revive the culture, customs, traditions, language. Our children study at School of National Revival. We have a spiritual centre of the Jewish community – synagogue, where parishioners go willingly. We also have charity organization Hesed Rachel, where both adults and children go with pleasure. The Jewish people and other people who live in Pavlodar and Pavlodar region will continue to make every effort for the development of Kazakhstan’s economy and Kazakhstan people live in peace and friendship in the flourishing land.

Regional Jewish Ethno-cultural Association "Merkaz" was founded in 1991. Faina Svechinskaya has been the head of the association for 22 years, she was one of the initiators of establishing Jewish Ethno-cultural Association. Before the establishment of the centre, people from the Jewish community gathered to communicate together, read letters coming from relatives and friends who had left for Israel. Leonid Shestak, who knew the Hebrew language, customs, traditions well, shared his knowledge with pleasure. They began to celebrate holidays together and they had strong desire to study Hebrew, culture, way of life of Jews. Excellent students in learning the language were Tatiana Lyubarskaya and Sofia Burshtein, they continued their study and began to teach children and adults.

In 1993 the centre was officially registered. In 1995 Public Association joined the Assembly of people of Kazakhstan and since that time the center has been working to preserve peace and consent in our region.The biggest changes occurred after the unification of all centres in the Small Assembly of people of Kazakhstan. The first Council of the Jewish community was elected. It included S.A. Burshtein, T.M. Lyubarskaya, M.G. Dinershtein, R. Feldman. These people have done a lot for the formation of the Jewish community. Zh.S. Yagodina, V.G. Berenshtein participated in the work actively. 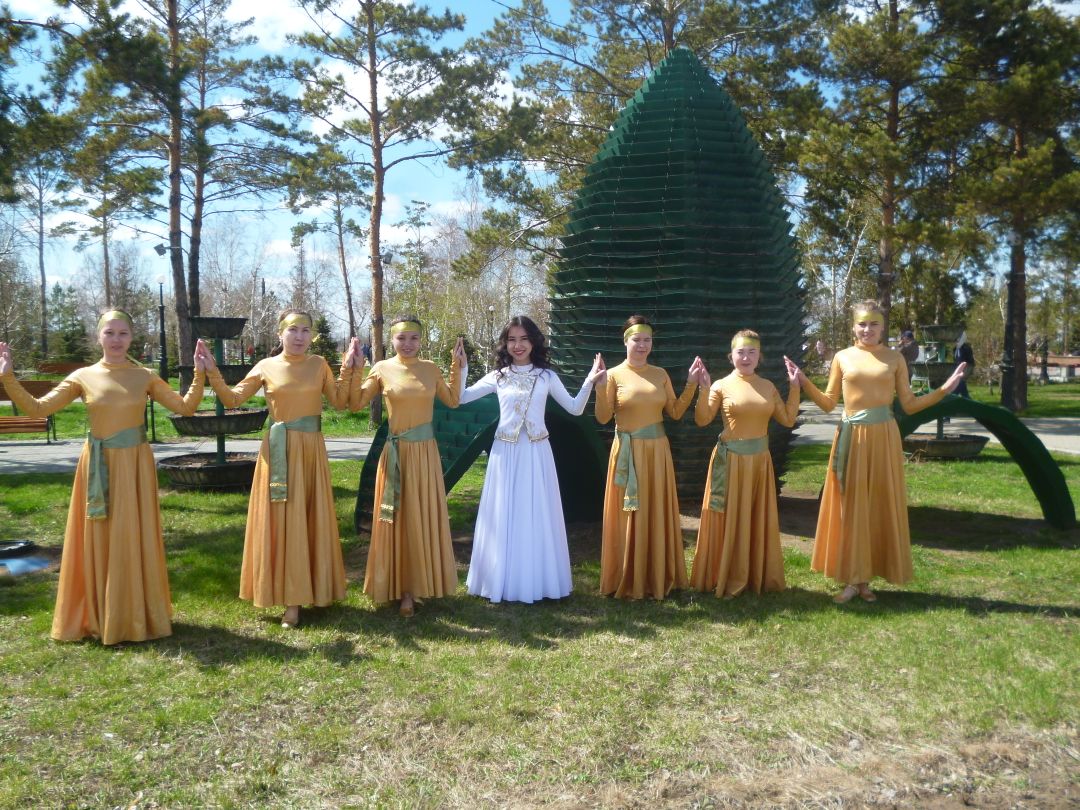 —What kind of events are held at the centre?

—Various events are carried out in “Merkaz”: conversations, lectures, visits to museums, quizzes, meetings with cultural workers – all of them are Jewish and international. Members of the community spend national holidays (Rosh Hashanah, Hanukkah, Purim, Pesakh) and state (Nauryz, Unity of the People of Kazakhstan Day, Independence Day and others) together.

The Jewish charitable organization Hesed Rachel works in Pavlodar since 2001.  The basis of Hesed's work are volunteer activities, Jewish values and community life. The main principle of work:"All Jews are responsible for each other " – emphasizes mercy and kindness, which are an integral part of any Hesed programme. Tatyana Slivinskaya manages the organization.

The spiritual centre of the Jewish community of Pavlodar is the synagogue. A synagogue was opened in Pavlodar in September 2001. Rabbi Shmuel Karnauh and his family came from Israel to help Pavlodar Jews in the study of the Jewish tradition, to conduct Torah lessons to celebrate all the memorable dates of our people, national holidays. For 4 years the chief Rabbi of Pavlodar and Pavlodar region is Shimon Ash. He also made a welcoming speech and congratulated all members of "Merkaz" centre on anniversary.

The synagogue has a women's club, daily prayers, Torah lessons for children and adults, a library of Jewish books, audio and video library, summer camps are organized, religious holidays and memorable historical dates are celebrated throughout the community.

The annual cycle of Jewish holidays is the basis of the Jewish way of life. These holidays are established by religious tradition and are associated with the great events of Jewish history.

Regional Jewish ethno-cultural centre "Merkaz" is not confined to its affairs and concerns. We love and respect all ethnic and cultural associations. Each national community makes a worthy contribution to the common cause of unity and harmony of Kazakh people. We are all Kazakhstan citizens and we are proud of it. Creative teams - dance, vocal, children's vocal group "Anavit" work at the centre.

One of the first creative teams of the centre was a vocal trio consisting of P. Pliner, V. Karmanovsky, T. Slivinskaya in 1997. This group became the active participant of city and regional events, the propagandist of the Jewish art in Pavlodar region.

In 2000, the highlight of the centre was the choreographic group "Mazal", which means "happiness" in Hebrew. The first choreographer of the team was Alla Vyshutina, which manages the team till present.

The youth club began to work in 2001. The first youth leader was Natalia Nefedova. Natalia headed both the Youth Association of the Jewish centre and Youth wing of the Assembly of people of Kazakhstan for many years. V. Skopicheva, A. Barinsky, V. Gruzman, P. Engel, T. Sevchinskaya were assistants and followers in different years. Being outside our city, they always remember Pavlodar.

In 2007 women's vocal group "Teibalah", which means “doves” was created. The name of the team was given by Faina Pavlovna. Team is headed by Svetlana Minenko. G.N. Zherebetskaya, T.F. Proskuryakova, S. N. Filyanova, L.I. Tsymbal, V. Petrenko are the members of the vocal group.

Chairman of the centre Faina Svechinskaya, who was the soul, mentor and symbol of wisdom of the Jewish ethno-cultural Association for 22 years, passed away in October 2014. Since December 2014 and till present, the Chairman of the centre is Tatiana Slivinskaya. Council of Ethno-cultural Association, the Elders’ Council, the Mothers’ Council actively help her in hard work, support and implement ideas and plans.

A new youth vocal group "Anakhnu" was created in 2015. In such a short time the children became laureates of regional, national and international festivals.

The centre maintains ties with the Association of Jewish communities of Kazakhstan, Embassy of Israel in the Republic of Kazakhstan.