Valentina Shatova is the Chairperson of the Bulgarian National Cultural Centre in Pavlodar. The cultural centre holds interesting events to revive Bulgarian language, culture and traditions. Valentina Nikolayevna shared about activities held in the centre and answered our questions in the interview.

The first Bulgarian settlers arrived on the territory of Pavlodar region in 1907-1908, giving life to new villages Razumovka and Andriyanovka.

Together, the members of the cultural centre set themselves the main tasks – strengthening peace and consent in the region, educate young people to love their native land, to learn language, to revive cultural customs and traditions of the Bulgarian people, introduce children and young people to their spiritual roots.

With the assistance of the Assembly of people of Kazakhstan Bulgarians have a unique opportunity to learn and revive their traditions, customs and language. Teachers from Bulgaria, who make a lot of effort to ensure that the younger generation knew and was proud of their identity, have been working since the school was founded in 2002. 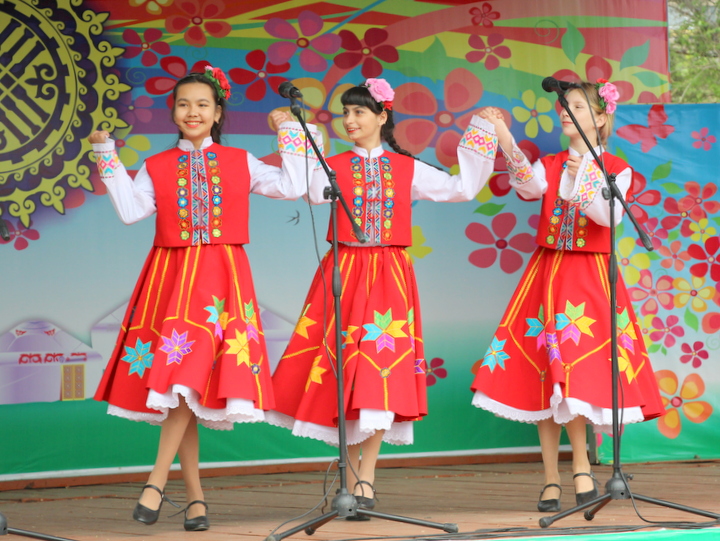 —Could you tell us what activities are held at your cultural centre?

—Our cultural center has been solving and implementing several tasks during 15 years: revives the traditions and customs of the Bulgarians, gradually forgotten by our parents and us, we study our native Bulgarian language to be able to know more about our historical homeland through films, textbooks and fiction, which we regularly send to the Ministry of Education of Bulgaria, The Embassy also provides educational literature, dictionaries, works of art by famous Bulgarian authors.

—What is the mission of the Public Association?

We prepare students for admission and study in all higher education institutions in Bulgaria. For 15 years, more than 25 young people went to study in Bulgaria, graduated from universities and stayed there to work. Some of them live and work in other countries.

Volunteer teachers from Bulgaria – Mariana Vasilyeva, Galina Dukhneva, Stefka Kostova-Micova,Galina Yordanova help us to cope with the important tasks. Each in their own way and together they successfully solve these problems, create excellent conditions for the study of the Bulgarian language, teach children to speak the language fluently, read, instill interest in history, literature, geography, regardless of personal time, they work complementing each other and making something special in teaching.

The centre has a youth wing, being a great support and backing. For many years, the leader was Olga Vikhristyuk, who went to Bulgaria to continue her studies to get master’s degree. A talented girl, she spoke the language fluently and acquired authority among young people, she participated actively in the youth movement of the Assembly of Pavlodar region. Former leader Maxim Gribchik gained useful experience in the Assembly, he is a frequent guest of our events now.

The centre also has a school department with a younger group of students and a senior group. Students learn language, grammar, history and literature twice a week on an individual schedule. Members of the community come to study the language and people of different nationalities who are interested in the language. 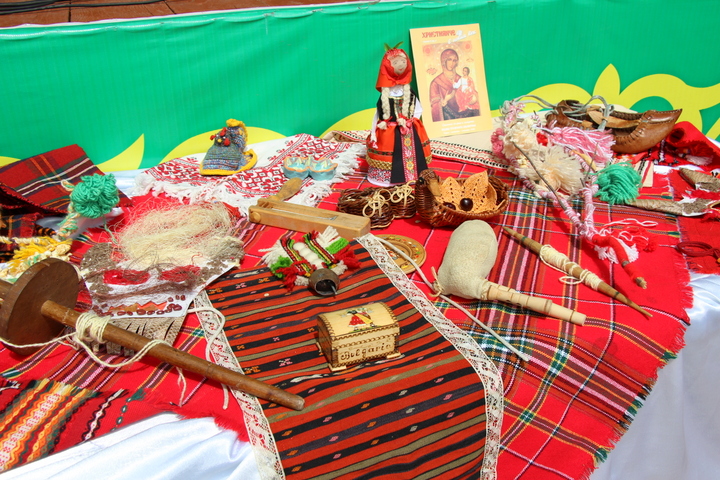 —Does your centre cooperate with the organization of Bulgaria?

Every year we participate in charitable concerts at boarding school No. 4 for children with disabilities and worked with the children's home of family type in the town Rozovka, Uspensky district.

A scientist, professor Nikov, opera Italian singer of Bulgarian origin Dudenkova, coach of the football team were the guests of our centre.

2017 was a double anniversary for us. On June 9-10 were held commemorative events for the 110th anniversary of the resettlement of Bulgarians in Kazakhstan and 15 years of ethno-cultural association “Slavyane” in the region, on Aktogay land (home of Bulgarians).

Ethno-cultural Association "Vyara" of Aktobe and delegation from the Bulgarian Embassy of Astana took part in our events.

In the annual report, the President has high hopes for the Assembly of people of Kazakhstan,which should help in the modernization of public consciousness through projects such as "Small Motherland", "100 faces of Kazakhstan", "New humanitarian knowledge". Our daily hard work is to strengthen unity and harmony, and therefore we participate in the modernization of the public consciousness of the people of the community, we want peace and stability in our multi-ethnic society to be strong and reliable.

—Does the centre have vocal and dance groups?

—The centre has choreographic and vocal groups, the Elders’ Council, the youth wing, the club "Rodna stryaha".

—How many Bulgarians are there in Pavlodar?

The number of Bulgarians in Pavlodar region is about 900 people, 334 people live in Pavlodar. There are many wonderful teachers, builders, doctors, managers, businessmen and politicians among the Bulgarians. They gave all their strength, knowledge and skills for the prosperity of the new independent Kazakhstan.

Teachers from Bulgaria have been working only at Pavlodar school of National revival since 2002. All of them worked at our school department 4.

—What holidays are celebrated in the cultural centre?

—Both state holidays of Kazakhstan and traditional Bulgarian national holidays are held together: "Baba Marta", "Lazaritsa", "Enev den" and many others.

—What do you think about the Kazakhstan model of public consent and national unity?

—I think that it is a unique model that can rightly serve as an example of tolerance for many countries of the world and which shows how people of more than 133 nationalities have found a common language of understanding and consent on one territory. We have no place for national conflicts, we know how to live in peace. Unity and consent are our property and a powerful basis for the successful development of our state. The great merit belongs to President Nursultan Nazarbayev, who, creating the Assembly of people of Kazakhstan in 1995, was able to look to the future.

Kazakhstan and Bulgaria have friendly relations for many years. The center has established close ties with the University of Tarnovo. Every year, graduates of school entering the Bulgarian Universities show good knowledge of the Bulgarian language, history and continue their studies at the universities of Sofia, Ruse, Varna, Blagoevgrad.

Today, branches of Bulgarian cultural centres in Irtysh and Aktogay regions work actively in the districts of Pavlodar region. They are headed by Tamara Dymova and Maria Popenko.