Pavel Feodoridi has been actively involved in the public and political life of the Republic of Kazakhstan since 1989, being a member of the Council of Greek ethno-cultural centre established in the same year in Almaty.

P. Feodoridi pays considerable attention to the development of patriotism and tolerance among young people in his activity. He organized events aimed at the rapprochement and development of worldview based on culture and other aspects of the inner world of the adolescent. One of the examples is the annual holding of Greek Culture days, in which representatives of different nationalities and confessions participate.

Much work is carried out by Pavel Feodoridi to support the domestic and foreign policy of the President of the Republic of Kazakhstan N.A. Nazarbayev, using round tables and speaking in the media. 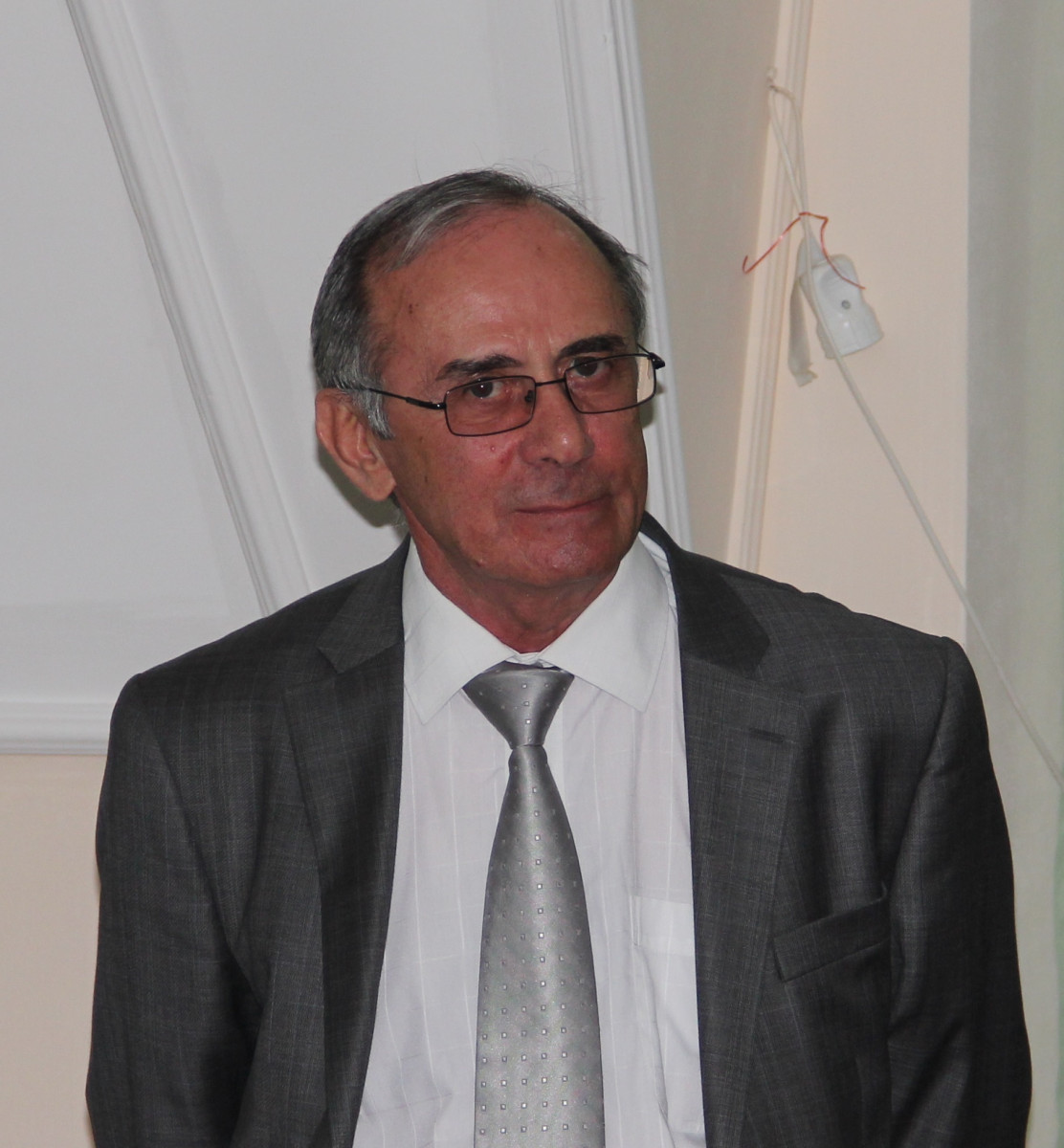 — You have been leading the Greek movement in Kazakhstan for many years. This year, Association of Greek communities celebrated its anniversary – 75 years. Could you tell us about the activities of the Association, what goals and objectives have been achieved during the period?

—Association of Greek communities of Kazakhstan “FILIA” was established on the initiative of SCC of Almaty, Dzhambul and Chimkent in 1993.

President of “FILIA” Association was elected Georgy Ksandopulo, who was re-elected for a second term in 1998.

I was appointed as a Responsible Secretary of the Association.

In 2006 was held a festival of Greek culture in October in Almaty, within it was held the report-election conference, where Georgy Ksandopulo surrendered its authority, explaining that action with more employment. Pavel Feodoridi was elected as the new President.

In 1994, society of Greeks of Kyrgyzstan joined our Association. 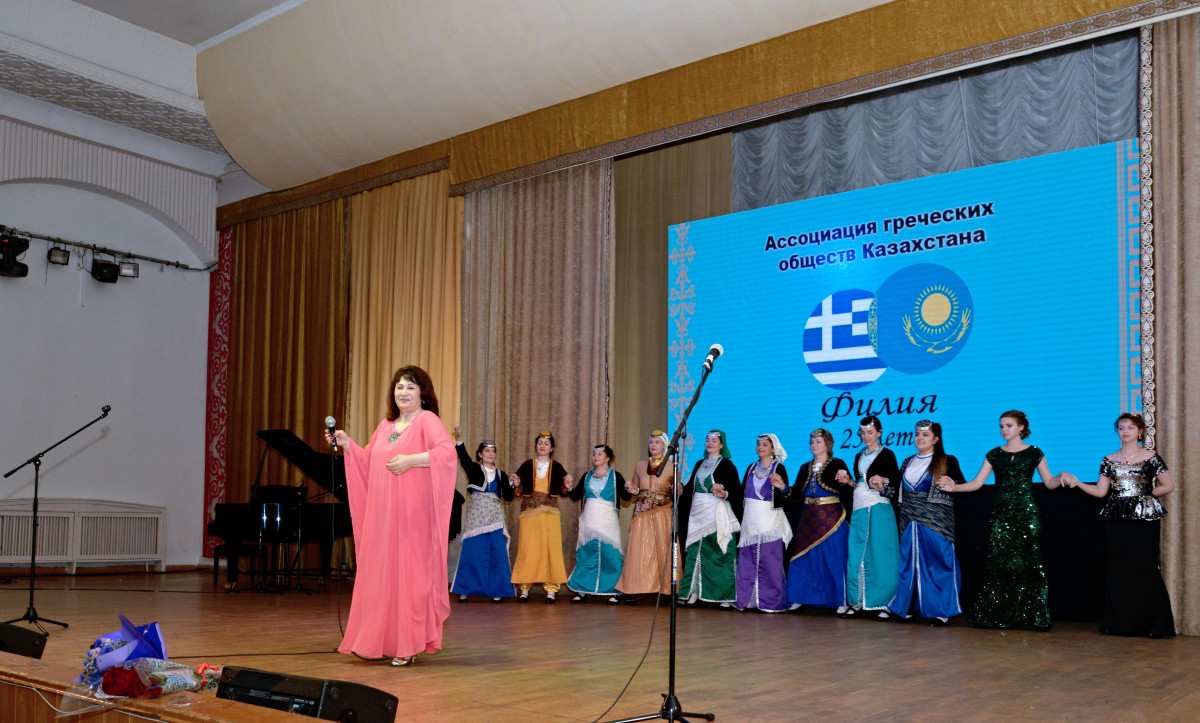 —What activities are carried out at the Association?

—Fulfilling the statutory provisions, the Association contributed to the organization and establishment of SCC in Temirtau, Karaganda, Kentau, Taldykorgan, Panfilov village of Talgar district, Pavlodar region and the establishment of Greek Youth Association.

At the beginning of the activity of the societies there was an issue of teaching the Greek language. There were no teachers. In order to solve this issue, the Association established links with the General Secretariat of the Greek Ministry of Foreign Affairs for foreign Greeks and developed a programme for the training of Greek language teachers together with them. As a result, 16 teachers of the Greek language were trained in three years, they taught it in Almaty, Karaganda, Temirtau, Taraz, Shymkent and Panfilov village of Talgar district, Almaty region. With the support of the Secretariat of the Assembly of people of Kazakhstan, Sunday schools were founded as well, where in addition to teaching the Greek language, the history, culture and traditions of the Greeks are covered too.

Also, with the assistance of the General Secretariat of the Ministry of Foreign Affairs of Greece, advanced training of Greek language courses are held periodically in the universities of Greece and Cyprus.

In cooperation with the Ministry of Foreign Affairs of Greece preliminary teaching of the Greek language in al-Farabi KazNU and Kazakh Ablai Khan University of International Relations and World Languages was organized.

A trip of rectors of leading universities to Greece was organized in cooperation with universities of Greece in 2002 to get acquainted with the activities of universities in the country. As a result of that trip, the Bologna system of education was subsequently introduced in Kazakhstan.

Art teams are created at the Association – dance and vocal ensembles. Thus, the ensemble of Greek dance “Aphrodite”, which represented the Greek culture at the presentation of the capital of the Republic of Kazakhstan Astana was created in 1996 at the Association. Georgy Dragudaki is a teacher of the Greek language from Greece, Stelios Ergatidis is a dance teacher from Cyprus, Elena Jakupidi is a teacher of Greek language and Pontic dances actively participated in its establishment. The groups created at communities are actively involved in the cultural life of the regions, thereby enriching the unique symbiosis of the cultures of the people of Kazakhstan.

Arts groups of societies and singers regularly participate in gala performances during the sessions of the APK, these are the dance groups of Almaty, Panfilov village, Pavlodar, Temirtau, singers – people's artist of the Republic of Kazakhstan Laki Kesoglu, laureate of international competitions Janis Kaisidi and others.

In 1998, the Greek Youth Union was established in Almaty under the patronage. In the framework of this event was held gathering of representatives of all existing societies. In addition, the event was attended by guests from Greece, the Pontian dance ensemble under the direction of N. Zurnachidi, the delegation was headed by H. Sofianidi.

One of the results of joint cooperation with the General Secretariat is the recreation programmes for children, youth and pensioners in Greece and students studying Greek at universities in Kazakhstan.

Members of the Association are represented in the world Greek organizations, these are the Council of Greeks Abroad and international organizations of the Pontic Greeks

—What plans does the Association make for the future?

Subscribe to our Telegram channel and be the first to know the news!
Next news
The Government of Kazakhstan to count self-employed citizens
Photo day
Presidents of Kazakhstan, UAE talk over phone