Living in Peace and Harmony

Representatives of more than 80 ethnic groups live in Pavlodar region. Today 23 regional and 81 ethnocultural associations in cities and districts, 13 branches of the regional Assembly of People of Kazakhstan work. 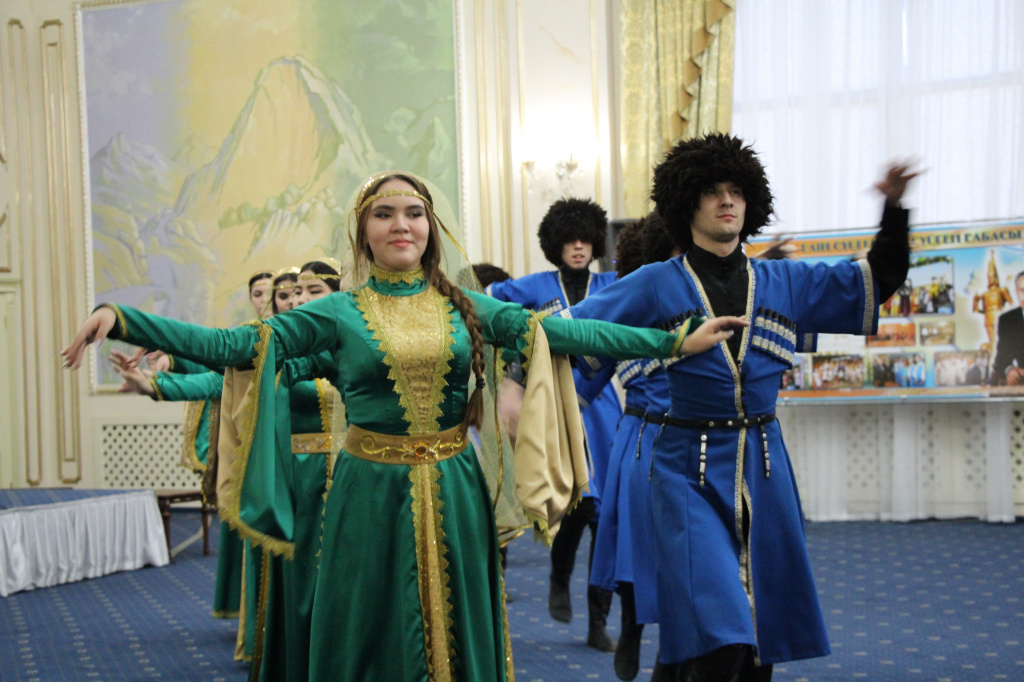 There are more than 3 thousand Balkars and Karachays living in Kazakhstan. Many of them are descendants of those who were forcibly deported on political and ethnic grounds from the North Caucasus in 1944, where they have lived compactly for millennia. Deportation became a national tragedy. Overnight without trial tens of thousands of people became enemies of the people. Without shelter, property and food, without the right to movement. They were sent to the endless steppes of Kazakhstan. So this country became their second stepfather's home.

In 1948, a decree was issued prohibiting them from leaving the areas of deportation and returning to their homeland. Those who violated it were sentenced to 20 years of camp work. After rehabilitation in 1956, the Balkars and Karachays returned to their historical homeland.

When Maria Bairamkulova, the chairman of Pavlodar Karachay-Circassian and Kabardino-Balkar ethnocultural association, came to Kazakhstan with her family, she was one-year-old.

Maria Bairamkulova started working in public work, in the Komsomol organization, in party work and for many years she worked as deputy chairman of the city executive committee. She graduated from the institute in Tashkent and then entered S.M. Kirov Kazakh State University.

“I have always had a passion for education. I have done a lot for the development of the region. I talk a lot about Kazakhstan, about Kazakh culture and attitude towards people. I know the customs of Kazakhs, we speak Kazakh. As my mother used to say: we should return the good that Kazakhs once did for us. And I am returning it," said the chairman of the ethnocultural association.

‘Elbrus’ Karachay-Circassian and Kabardino-Balkar national cultural center was formed on October 31, 2004. Karachays, Circassians, Kabardins and Balkars compactly live both in their historical homeland - the North Caucasus, and in Pavlodar region. These are children and grandchildren of the repressed. Today about five hundred families live in the region.

Representatives of these nationalities have much in common in culture, life and traditions. The centre unites a large number of young people: students, pupils, civil servants, teachers, doctors, businessmen for whom Kazakhstan has become the second homeland. Therefore, they not only revive folk customs and crafts, study their native languages and culture, but also join the Kazakh national culture and become patriots of the country.

"Independence of Kazakhstan allowed to form in 2004 not only public association "Regional Karachay-Circassian and Kabardino-Balkar national cultural center "Elbrus", but also to establish Pavlodar regional House of friendship where all ethnocultural centers gather, and also School of national revival. Our children and grandchildren study their native languages there. We have various national cultural and educational associations, amateur art groups, creative groups of folk crafts. For us it is also national independence, that inspires. At the same time, we are all united in our desire to live in peace and friendship and to strengthen Kazakhstan's economic power," said Maria Bairamkulova.