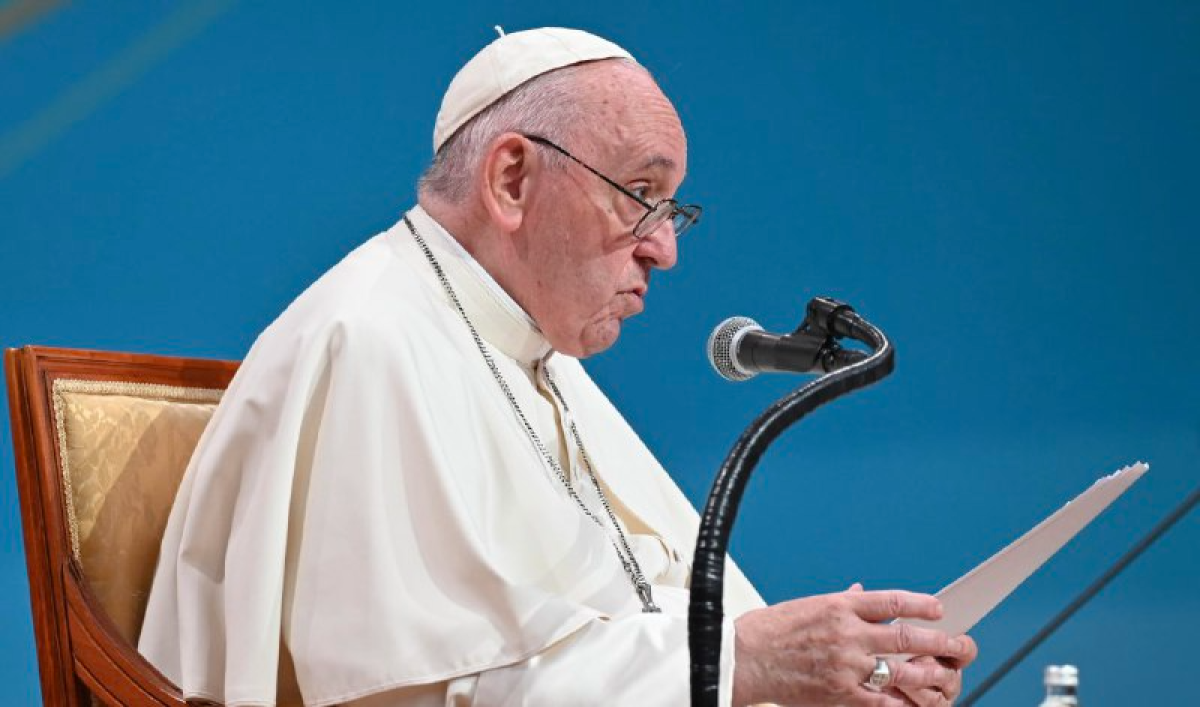 For Kazakhstani society, the religious traditions of different ethnic groups have become a bridge that unites different communities and strengthens cohesion throughout the country. The Republic of Kazakhstan with a population of almost 19 million people becomes home to more than 135 ethnic groups and 18 faiths.

For a quarter of a century, Kazakhstan and the Vatican have created favorable conditions for the progressive improvement of bilateral dialogue at the political, humanitarian and scientific levels. Interaction between the two states strengthens peace and stability, as well as interreligious dialogue, a topic that occupies a special place in the agenda of bilateral cooperation. So, today the head of the Catholic Church, Pope Francis, paid an official visit to our country. About the role of his participation in the VII Congress of Leaders of World and Traditional Religions in the capital of Kazakhstan, experts told El.kz correspondent.

"Given the fact that today, unfortunately, international conflicts still erupt, and in some of them even religion and religious values are exploited, we urgently need dialogue platforms to promote peace, dialogue, mutual understanding and tolerance. In general, these are exactly the values that humanity needs all the time. Of course, following the results of the VII Congress of Leaders of World and Traditional Religions, as usual, a final declaration will be adopted, which will later be sent to other countries and international organizations as recommendations. It should be understood that religious leaders who visited our country on their official visit have many communities of multi-million followers around the world, who, in turn, take into account the opinion of leaders and are guided by their words even in everyday life. They will certainly take into account all the instructions and recommendations that will be voiced following the results of the Congress. Therefore, the message with which this event is held actually has a fairly wide audience," Askar Sabdin, Head of the Center for Islamic Law of M. Narikbayev KAZGUU University said.

According to him, the visit and participation in the event of such high-ranking and respected persons around the world as Pope Francis, The Supreme Imam of Al Azhar Sheikh Ahmad al-Tayeb and other spiritual leaders shows that Kazakhstan fully fulfills its mission to promote peace, good-neighborliness and tolerance.

"Some people believe that the Congress of Leaders of World and Traditional Religions is more populist in nature and is not of key importance for the people of the country. I strongly disagree. It is necessary to clearly understand that we are talking about religion, and its questions do not belong to any mathematical categories, this is about the spirituality of a person and his faith. For more than half of the world's population, religion plays an important role in life. For example, just imagine the historical significance of the arrival of Pope Francis for Catholics living in our country. It is a global leader. Similarly, the visit of the Supreme Imam is considered especially significant for the Islamic world," the speaker emphasized.

“And the fact that the second Pope is visiting our country is a proof that the Vatican supports the course of tolerance and openness to all nationalities and religions that Kazakhstan adheres to. I remember how in 1995 the country's leadership gradually organized meetings of representatives of different religions in all regions. And many then did not fully understand why this was necessary and what goal was pursued. But now, many years later, I can say from my personal experience that I am in warm and friendly relations with adherents of Islam, Orthodox, Lutheran churches and other religions. That is, the idea that was laid down 27 years ago has become not only a tradition, but also a way of life, a visiting card of Kazakhstan. I think the fact that we, professing different faiths and cultures, can gather at a single table, is a great wealth and heritage of Kazakhstan," Press Secretary of the Conference of Catholic Bishops of Central Asia, Monsignor Peter Pytlovyny added.

According to Neil Collins, a professor of School of Sciences and Humanities (SSH) at Nazarbayev University, Pope Francis is the first head of the Roman Catholic Church to confirm his participation in the Congress of Leaders of World and Traditional Religions, which is held every three years in the capital of Kazakhstan. This, of course, indicates international recognition of Kazakhstan's role in strengthening peace and harmony. Kazakhstan's multi-vector foreign policy has many advantages, moreover, as a platform for negotiations, Nur-Sultan has shown itself quite productively.

"The Congress of Leaders of World and Traditional Religions has been held in Kazakhstan for many years, which acts as a key tool for establishing strong friendly relations of various world cultures. To date, this dialogue platform has become recognized and authoritative throughout the world, since it is here that important and global issues related to the relationship between the leaders of different religions are resolved. It is also worth noting that Nur-Sultan is currently recognized as the so-called island of peace and harmony, since it was on the territory of the capital that peacekeeping and conciliation procedures were carried out, such as the process for the conflicting parties on the Syrian issue and negotiations on Iran. The relevance and importance of holding this Congress is extremely high. And, of course, an important role is played by the arrival of such high leaders, the first leaders of various religious organizations, representatives of Islam, Christianity, Buddhism and many other faiths” - Sherzod Pulatov, public figure, member of the Ulttyk Kuryltay under the President of the Republic of Kazakhstan said

Subscribe to our Telegram channel and be the first to know the news!
Next news
Kazakhstan and Vatican sign agreement on deepening cooperation
Photo day
Kazakhstan, Greece mark 30th anniversary of establishment of diplomatic relations