Korean diaspora in Kazakhstan is few in number, but it is one of the hard-working and respected ethnicities.

More than 80 years have passed since Korean people’s deportation to Kazakh land. It was a hard time, people struggled for their existence. The Kazakhs have sheltered many people, and also have given the chance for ethnoses to keep the culture, language, traditions. Koreans in Kazakhstan attend Korean language courses, keep up customs, celebrate holidays. They have two important big holidays - Seollal (Lunar New Year) and Chuseok (harvest festival).

Since ancient times, this day was perceived as a new starting point in life, and therefore, on its eve, people carefully cleaned the house, paid off debts, sewn new clothes. The whole population of the country becomes a year older on Seollal.

Traditionally, Lunar New Year was celebrated with magnificence, and was associated with high costs. In their fight against waste, military regimes even tried to ban the Seollal (more precisely, to declare it a working day), but eventually retreated, and from the late 1980s it was again recognized as a day off. Tradition dictated that the family should gather in the house of a senior relative. As a rule, such a relative is the older brother of the father or grandfather. In this house, the ceremony of sacrifice to the souls of ancestors is held.

The first among the three obligatory rituals is the sacrifice to the ancestors' spirits in front of their memorial tablets. 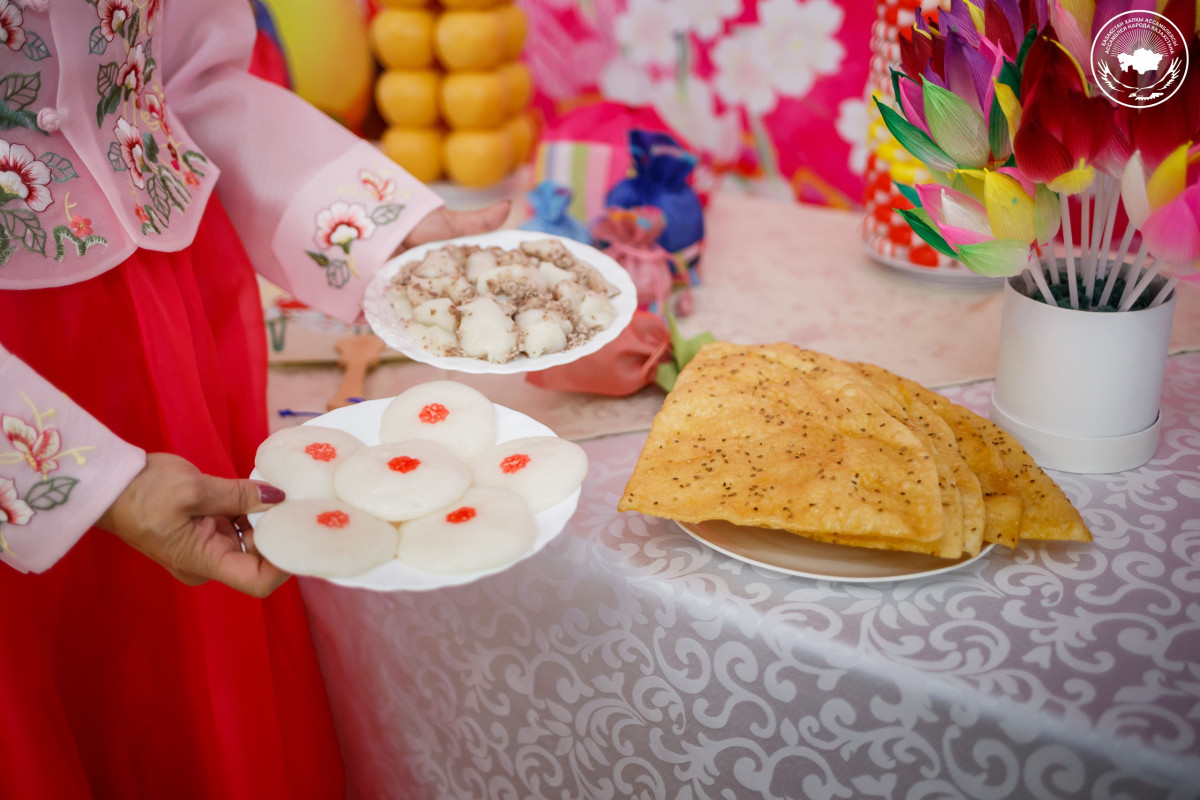 The second integral Seollal ceremony is the New Year's Eve greeting. This is a special, ritual greeting of older family members from younger members. It is held in the mornings, between sacrifice and breakfast. Junior family members dressed in traditional Korean hanbok clothing on this occasion. The greeting is held in order of precedence, starting with the oldest generation and ending with the youngest. The elders respond with the same wishes and give the children small sums of money for which they buy gifts

At present Seollal officially lasts three days, it is very popular, although it is not a day off. On this day, people drink chilled rice wine because it "opens their ears to good news", eat "five-grain porridge" and current - pies made of beaten rice with honey and nuts, play different games, and in the evening go out to the hills to meet the first big moon.

Despite the fact that in South Korea the New Year was officially recognized as a public holiday only in 1989, it never lost its popularity. Public opinion polls show that 93% of the population prefers to celebrate the traditional New Year's Eve rather than its European counterpart.

In ancient times, the tradition of celebrating Chuseok was of key importance for Korea, as the main occupation of the locals of this country was agriculture. On this day, the peasants honoured their ancestors, thanked them for the rich harvest and celebrated the end of work in the field with their neighbours. Early in the morning of Chuseok, there is a custom to hold a ceremony of worship to the spirits of ancestors and bring them dishes and wine made from the products of the new crop. Such a ceremony is usually held twice a year: in the New year on the lunar calendar and Chuseok.

Religious rituals are also associated with this holiday, which in turn unite a huge number of people, when the inhabitants of the country gathered and organized multi-day banquets. Among them, the most important was a rite of thanks for the harvest, and a gift of a new harvest to deities and spirits, which is part of thanksgiving ritual. All these rituals were performed in October, when the harvest season ended. In addition to the above mentioned rituals performed at Chuseok celebration, an important place was occupied by a rite of remorse for a large harvest, a holiday, which was celebrated in May after the spring sowing. They were attended by all the members of the tribe, rich and poor, both elders and subordinates.

Since ancient times the holiday was accompanied by a number of obligatory actions, and, first of all, by the visit to the ancestors' graves brought in advance, and also by sacrifice to spirits of the earth, kitchen (house), the ships, the sea and other, depending on occupation of the head of the house. Then the time of songs and dances, abundant feasts and feasts, fortune-telling about the future harvest come. People ate chicken meat that had been eaten in the spring. They were specially grown for the holiday and were often used as gifts for elders. In Chuseok they changed their clothes from summer to new autumn clothes, that's why Korean women were spinning, weaving and sewing a lot in anticipation of it. All the above-mentioned features of the holiday are preserved, although in a modernized form, to this day.

Nowadays, a tradition closely connected with Chuseok holiday has also become an annual gift to the management, which is made by employees of various companies and organizations. The gift (as a rule, a product of national traditional production - honey, dried fish, etc.) is accompanied by a written congratulatory message. This phenomenon is so massive that the employee, who has deviated from this rule, will inevitably get to the list of unreliable.

Although Chuseok and Seollal are the most popular festivals of the annual cycle, there are a number of other traditional holidays of Korean people.

National calendar rituals and festivals are mass, nationwide in nature and include colorful folk festivals, songs and dances, theatrical performances, collective games and sports competitions, which creates an atmosphere of unity and consolidation among the people and strengthens the sense of national consciousness of Koreans.

The Kazakhstan Way: Books by Leader of the Nation