We often hear the word “charity”, but do we understand its meaning? Charity means providing charitable help to those in need, volunteering donation of money to solve the problems. There are different types of charity, and sponsorship, patronage, voluntary donation are included in these categories.

Charity is widespread in many countries, there is even a rating of charity, which indicates the place of a particular country to do good deeds. Charities Aid Formation is a British international charity that measures the achievements of the world's countries in terms of their people's attitude towards charity (The World Giving Index). In 2018, out of 144 countries represented, Kazakhstan ranked 96th by such criteria as “Helping a stranger”, “Donating money” and “Volunteering time”. In “Helping a stranger” category, Kazakhstan holds one of the last positions – 130th place. However, “Donating money” is a rather popular form of help among Kazakhstan citizens, in this category Kazakhstan is included in 60 countries. Volunteering is also not static, the country ranked 89th in 2018, we can see from the table the dynamics of 2016-2018, from where we can see positive growth in this direction. 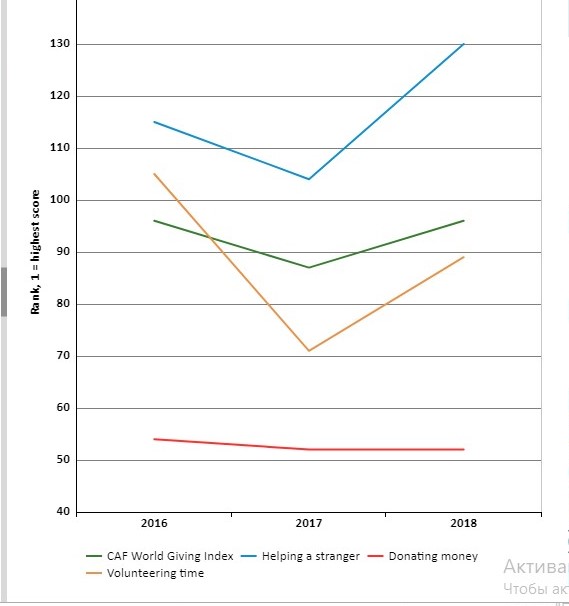 In general, observing charity categories in Kazakhstan over the past three years, we see a clear increase in all parameters, especially in “Helping a stranger” category.

"We decided that every month will be held under the sign of a certain Kazakh folk custom, dedicated to charity. The events in January were held under the custom of "Sarqyt". This is an established tradition of our people – showing respect for everyone who comes to visit, a sign of gratitude. To give Sarqyt to a loved one is to share joy and happiness with them, to share warmth and care," said Head of the Secretariat.

Charitable action "Sybaga" became a continuation of the month "Sarqyt". "Sybaga" is a tradition that embodies the hospitality of the Kazakh people. This is the name given to the action of the second month in the calendar of events of the Assembly of people of Kazakhstan "Caravan of Mercy" for 2019.

Within the framework of the action "Sarqyt", all regions of the country organized charitable events in the form of concerts, matinees, provision of food, medical and consulting services. Jambyl Region is one of the leaders among regions, with 17,121,300 million tenge in charitable assistance covering 3,389 people. Almaty Region has provided assistance total 1,764,000 million tenge. New Year matinees and going to cinemas were held for children from low-income and large families, many restaurants provided hot meals and salads to people in a social adaptation centre for persons without a fixed residence.

Volunteers of the national youth movement "Zhangyru zholy" also take an active part in the action. 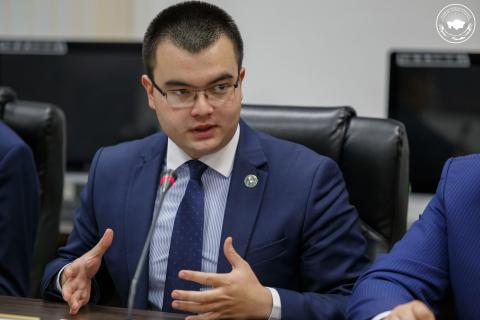 "In everyday life, we often forget to do good deeds, help our closest ones. However, we feel pleasure when we provide help. We give light not only to those around us, but first of all to ourselves.

At the beginning of the month, the Assembly of people of Kazakhstan launched a charitable campaign "Sarqyt". In all regions, the youth movement's members visited the families who found themselves in a difficult life situation. Our team delivered food sets. This is a great help for families with many children. We were warmly welcomed in every family.

I would like to thank the Assembly for this action. There is a deep moral sense in it. We learn that we can do good every day and give it to loved ones," said Timur Dzhumurbaev, Deputy Chairman of the Republican Youth Movement of the Assembly of people of Kazakhstan "Zhangyru Zholy" and Chairman of "Zharasym" RYO.

In general, the figures show that the level of involvement of Kazakhstan citizens participating in charity events is gradually increasing. And the Assembly of people of Kazakhstan makes a great contribution to the development of this sphere, in addition promoting Kazakh folk customs.

The Kazakhstan Way: Books by Leader of the Nation