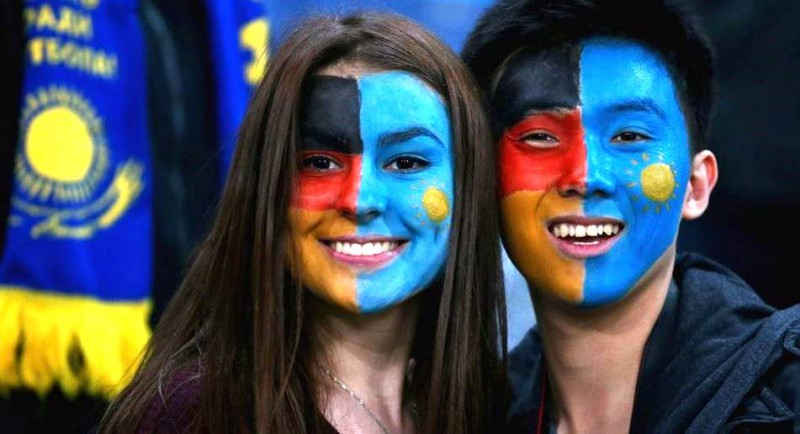 It is hard to write about Germans belonging to a different nation, and it is even harder to do being Kazakh. Apparently, we have too much in common – old and tight historical connections, shared passion for philosophy, literature, music, and at the same time – our bitterest pain. On the one hand, there is still no definite answer to the question whether it was the Germans who created our today’s environment, including the very state and the system of education. On the other hand, the fear and abomination which we either inherited from of our grandparents, who did see the war, or developed after watching war movies, which might even be genetic, still linger.

At first thought, the German is one of the simplest conventional nation concepts due to his neatness and adherence to principles. The stereotype German inevitably has moustache and never fails to pull himself together, staying forever focused and concentrated; perfect order is his most cherished dream; he is law-abiding, and the rhythm of his daily life if very similar to that of a military march. Well, it is definitely true.

A German abroad is very easy to recognize – neat clothes, throaty laughter, and confidence in every move. We usually mistake Japanese and Chinese people for Koreans. The opposite happens, too. But you cannot fail to recognize a German. Besides, their speech is unmistakably snappish, brisk, as if they used orders for daily communication – you do not have to know a word of German to tell it from any other language. It is a major stereotype about being German.

The most widely spread German stereotype is that of formalism and love of discipline, which is quite true. An insatiable longing for order, which is the origin of most of their national virtues and vice, marks every aspect of German life. Personal order cannot but call for universal discipline. It always hurt the Germans to see other nations living disorderly lives. Anyway, they are lucky to have Kazakhs, for we are just as neat as they are.

A German stereotype mostly mentioned with a negative connotation is love of titles. It is still true with those Germans who have lived in a Kazakh environment for a long time. According to the law, it is not only one’s spouse and children who inherit one’s title; divorce and marriage by no means infringe one's titles, which thus become those of another family as well.

One of the Germans’ weakest sports – love of cars and all kinds of mechanisms is rooted in the same quality. For a German, his car is both a friend, a lover, and a social marker. Once, the horse used to be as important for the Kazakhs – their friend, food, vehicle, and very nearly everything. It is a common fact that the Germans have succeeded greatly in transport industry. To upgrade their automobile is far more important for them to climb another step of the career ladder.

In spite of their disposition, which is not completely sweet, German people are nice to talk to. They are voluble speakers, and you can discuss whatever you please with them, unlike other nations, in whom too much of self-focus is not infrequent. We sometimes get characterized by this stereotype as well.

Another stereotype shared by the two nations is patriotism. For a German, being patriotic is not about loving one’s country or people but chiefly about loving the government for making laws, maintaining order, and giving one stimuli to live.

A nation that stays united in spite of its diversity, one that does have something to give to the humankind. The Germans are just as hard-working, devoted, and unsophisticated a nation as the Kazakhs. They have a lot in common, and they share numerous stereotypes, too.

Source of the used picture: live-production.ru